Yes, You Are Fit But it Does Not Mean You Are Healthy 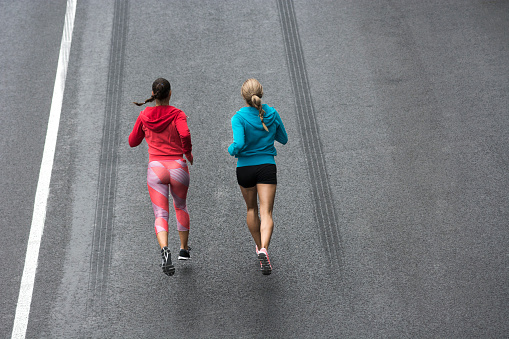 Many will agree that people who are able to successfully complete marathons and perform well in other types of physical activity challenges are exceptionally fit. But a person who is fit may not necessarily be healthy.

Take, for example, the story of Jim Fixx, a famous running enthusiast, marathoner and author of The Complete Book of Running (1977). In 1984, Fixx ironically died of a heart attack “while trotting along a country road in Vermont,” according to this recent report. He was only 52-years-old.

Reportedly, Fixx’s father also died of a heart attack (and he was just 43 at the time). The New York Times reported that Fixx’s autopsy revealed he “...died of a massive heart attack and that two of his coronary arteries were sufficiently blocked to warrant a bypass operation.”

If his health were evaluated based on his physical appearance alone,the only conclusion one might reach is that he was healthy. Fixx was not overweight and looked fit (which he was). And he did not appear to have any symptoms which affected his ability to run.

“For McGillivray, 64, the writing was on his artery walls. Both his grandfathers died of heart attacks; his father had multiple bypasses; his siblings have had heart surgery; and a brother recently suffered a stroke,” the report says.

And who can forget the story of fitness enthusiast, Bob Harper. He suffered a massive heart attack while working out in a New York gym.

So what’s the difference between being fit and healthy?

“While the words ‘fit’ and ‘healthy’ are often used synonymously in everyday language, the terms have entirely separate meanings,” according to the National Institutes of Health (NIH).

“Fitness describes the ability to perform a given exercise task, and health explains a person’s state of well-being, where physiological systems work in harmony.”

The circulatory system, which includes the heart, is one of the physiological systems of the human body that many of us may be especially concerned about. After all, heart disease is the leading cause of death in both men and women in the United States. And lately it seems like way too often, people are having heart attacks and strokes at a young age.

And we know that being fit enough to complete a 30 mile race, does not necessarily mean that we are healthy. Similarly, our level of fitness may allow our bodies to workout for a long period of time, but this does not mean that our hearts are healthy enough to always handle that degree of activity.

Now, my message is not that being fit is bad for you. Being fit and physically active is great for preventing heart disease. Fitness and physical activity also helps to minimize the effects in people who already have heart disease. But it is also necessary to be aware of the state of your health while you are performing those activities necessary to keep you fit.

We all need to be proactive by knowing the status of our own health as we strive to be fit. We need to know whether we are genetically predisposed to issues  like heart disease.  It is also important to get preventive screenings such as a cardiac exercise stress test and other tests done before symptoms emerge. This allows us to work with a knowledgeable health care professional to decrease our risk. That’s what I did when I tried whole genome sequencing. My test results say my risk of heart attack is “moderate high.” The good news is I can be proactive and do something about my moderate high risk for heart attack, including eating a healthy diet with fatty fish and omega-3s, exercising, refraining from smoking and heavy alcohol consumption, reducing stress and treating any potential existing conditions such as high blood pressure or cholesterol.

Some medical professionals advise against participating in marathons and other intense forms of exercise .

If you do a quick Google search of ‘marathon runner deaths,’ you will see quite a few stories of fit people dying from cardiac arrest during races. One  recent news story discusses the tragic incidents of two men, only 25 and 32-years-old, who allegedly collapsed and died of cardiac arrest while participating in a London marathon.

One report discusses how some cardiologists believe excessive exercising actually damages the heart. For example, a doctor “...has argued that exercise beyond a certain threshold can lead to heart disease, and possibly decrease the benefits of moderate exercise.”

“Excessive exercise has been consistently associated with atrial fibrillation, a rhythm disturbance that increases the risk of stroke and leaves some people feeling weak and breathless.”

Other doctors  say these instances are rare and that although you see multiple stories online about marathon deaths, there is evidence that only about 1 in 50,000 marathon runners suffer from cardiac arrest.

I wish there was a more definitive answer as to whether intense exercise like marathon running and intense exercising is safe or not. But this is clearly something that requires you to make a personal decision about your health and what you can handle.

What we do know for sure is that we must know the status of our own health. Moreover, it is always good to be evaluated by a competent medical professional before participating in certain physical activities even if we are fit.

You Booze, You Lose. Especially As You Fight COVID-19

Let’s Win The Fight Against Hypertension. Are You Getting Enough Magnesium?