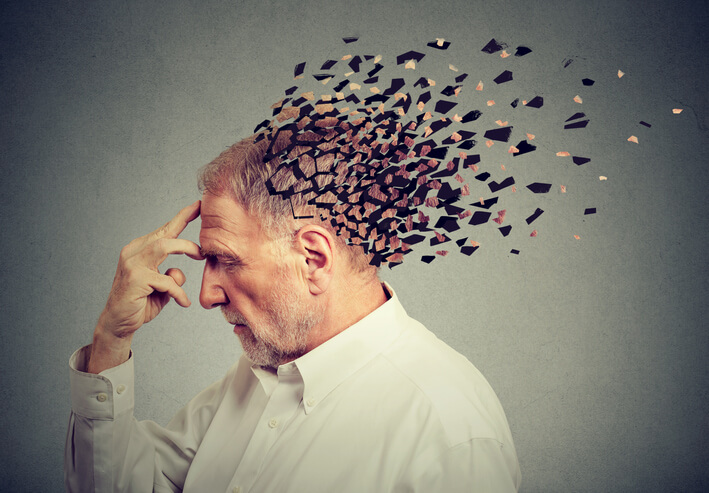 It’s likely that you’ve seen Dr. Oz on his TV show, or previously on The Oprah Winfrey Show where he gained popularity talking about the latest diet trends and how to stay healthy. But recently, Dr. Oz sadly announced that his 81-year-old mother has Alzheimer’s disease.

“I’m feeling guilty because I completely missed the signs until fairly late in the process,” said Dr. Oz, in an interview with PEOPLE.

Dr. Oz said he and his two sisters eventually noticed some strange things going on with their mother. For example, she was struggling to find her words and dressing oddly.

“Alzheimer’s is like a snake in the grass. You don’t see it. You only see the effects of it suddenly. And if there’s a wind blowing the grass, you don’t even notice the grass moving strangely. It sneaks up on you.”

This is why it is so important to be proactive about preventing Alzheimer’s disease (AD), which is the most common form of dementia (60 to 80 percent of dementia cases). Reportedly, as of 2019, an estimated 5.8 million Americans of all ages are living with AD. And this estimate includes 5.6 million people age 65 and older.

And Dr. Oz is right. Alzhiemer’s is a sneaky disease, because the symptoms usually slowly progress in stages: early, middle and late.

“Changes in the brain related to Alzheimer's begin years before any signs of the disease. This time period, which can last for years, is referred to as preclinical Alzheimer's disease,” according to the Alzheimer's Association.

There are several risk factors for Alzheimer’s, including genetics, certain lifestyle habits, family history and older age to name a few. So let’s understand how we can be proactive about preventing Alzheimer’s and delaying its progression by focusing on a few variables within our control.

As long as we are living and aging, we are prone to inflammation which may affect our brains especially if we lead unhealthy lifestyles and make poor dietary choices, as in eating a lot of pro-inflammatory foods. Inflammation is believed to be one of the root causes of Alzheimer’s (and several other diseases for that matter).

“Acute inflammation in the brain is a well-established defense against infection, toxins, and injury, but when a disruption in the equilibrium of anti-inflammatory and pro-inflammatory signaling occurs, as seen in AD [Alzheimer’s disease], it results in chronic inflammation (neuroinflammation),” reports ScienceDirect.

There is evidence which suggests that 14 percent of Alzheimer’s disease cases worldwide are potentially attributed to smoking. Toxins in cigarette smoke contribute to chronic inflammation throughout the body. Smoking also increases your risk of heart disease and stroke, which are both health issues entangled in the web of the many contributing risk factors of AD.

“Alzheimer's disease and vascular dementia, have both been linked to problems with the vascular system (your heart and blood vessels). It is known that smoking increases the risk of vascular problems, including via strokes or smaller bleeds in the brain, which are also risk factors for dementia,” according to the Alzheimer’s Society.

The leading cause of death in the U.S. is heart disease, and heart disease is believed to have some connection to Alzheimer’s. As mentioned, vascular issues (which includes heart disease) appear to increase the risk of AD and other forms of dementia.

“This connection makes sense, because the brain is nourished by one of the body’s richest networks of blood vessels, and the heart is responsible for pumping blood through these blood vessels to the brain,” reports the Alzheimer’s Association.

So basically, the brain depends on the heart to do its job efficiently and give it the nutrients that it needs to function and stay healthy. And if the heart cannot do its job due to heart disease, then the brain is, unfortunately, prone to dementia. As we’ve seen many times before, most things with health are interrelated.

Prevent heart disease by not smoking, eating right, exercising, drinking alcohol in moderation (if at all) and maintaining a healthy weight.

I’ve previously discussed how sleep deprivation may increase your risk of AD, and this all has to do with the accumulation of tau protein in the brain.

Reportedly, more than a third of American Adults are not getting enough sleep on a regular basis. It’s really not that complicated. We simply have to get more sleep if we want to decrease our chances of getting AD.

Read here for more tips on how to get more sleep.

There is research which has shown that P. gingivalis, a bacteria that can lead to gum disease, may be connected to the development of Alzheimer’s.

One study with mice showed that when they were purposely given P. gingivalis gum disease, it led to brain infection, amyloid production as well as “...tangles of tau protein and neural damage in the regions and nerves normally affected by Alzheimer’s,” according to this report discussing the research.

“We don’t know how P. gingivalis gets into the brain, but there are plausible routes it could take. Your mouth normally hosts a diverse and relatively stable community of bacteria, but when dental plaque builds under the edge of your gums, it can form inflamed pockets in which P. gingivalis can thrive and release toxins.”

Furthermore, “This inflammation can lead to chronic periodontitis and tooth loss, and some studies have shown that people with fewer teeth are more likely to have dementia. The inflammation and toxins caused by P. gingivalis damage the lining of your mouth, which may make it possible for oral bacteria to enter the bloodstream and then other organs. Even if you don’t have gum disease, transient damage to your mouth lining from eating or tooth-brushing can let mouth bacteria into your blood,” according to one of the lead researchers.

So it is extremely important to prevent gingivitis (inflammation of the gums), which can lead to gum disease. Along with brushing, flossing and getting routine dental exams, diet also plays a major role. It is also important to be gentle with your brushing and oral care so that you can avoid cuts and bleeding gums to decrease the chances of harmful bacteria entering your bloodstream.

Cryotherapy, which I am a big advocate of for several reasons, may decrease your risk of developing Alzheimer’s by reducing inflammation throughout the body.

One study suggested that patients with mild cognitive impairment (MCI), which may be a precursor to Alzheimer’s, showed better cognitive function, such as better memory, after they underwent ten whole body cryotherapy sessions.

“Due to the anti-inflammatory (a modification of the concentration of proinflammatory cytokines) and antioxidative effect of low temperatures as well as the hormonal and lipid changes they cause, they may play an important role in preventing or inhibiting pathophysiological processes leading to dementia,” according to this source.

Our pupils get big when we execute a difficult brain task. Researchers have found that people with mild cognitive impairment show greater pupil dilation than those without MCI.

“Researchers say that measuring how quickly a person's pupil dilates while they are taking cognitive tests may be a low-cost, low-invasive method to aid in screening individuals at increased genetic risk for AD before cognitive decline begins,” according to this report.

Since there is no known cure for Alzheimer’s disease, it is especially important for us to be proactive. This is certainly one area where prevention is critical.