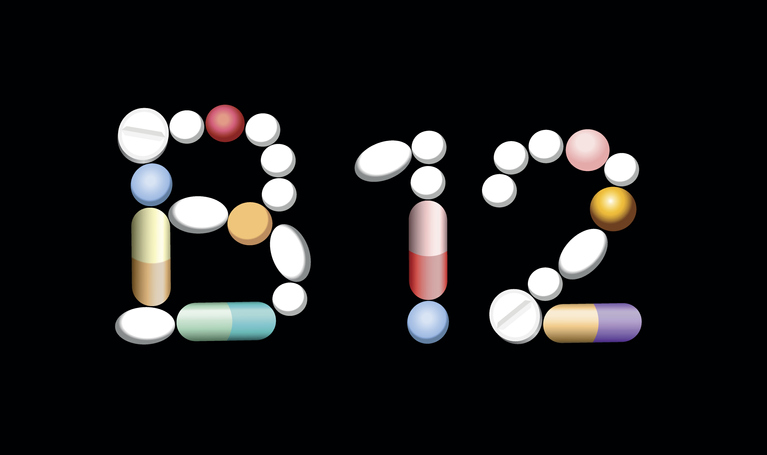 For years I have emphasized the importance of nutrient deficiency testing for reasons such as the following story.

“Whether you’re considering eating less meat or giving it up entirely, the benefits are clear: less risk of disease and improved health and well-being,” according to the American Heart Association.

“Meat is often loaded with cholesterol and saturated fat, which have starring roles in poor heart health.”

“But after a year, she experienced ‘extreme’ fatigue, and after six years she was so exhausted that she could ‘barely walk,’” according to a report from Insider. 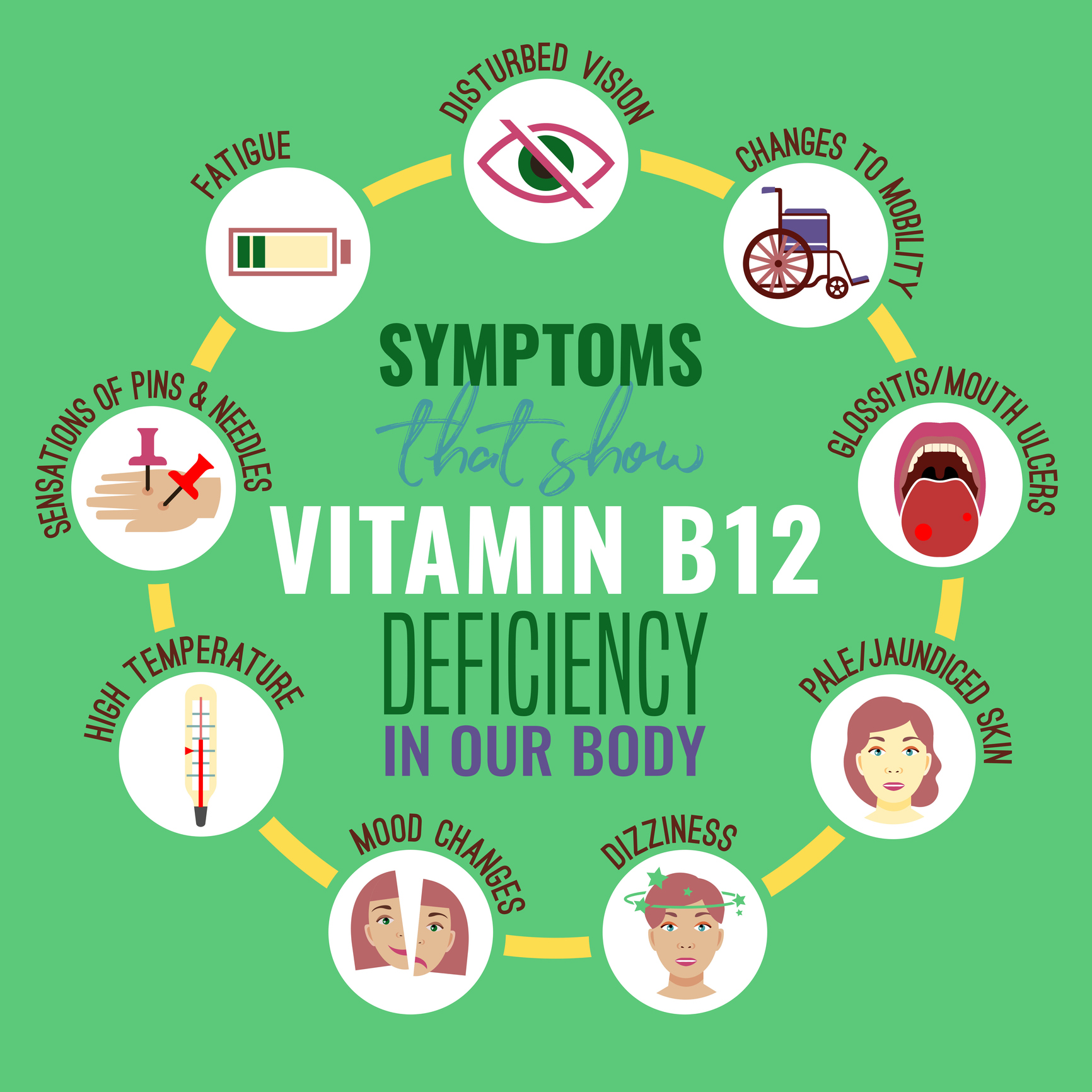 Her motivation for becoming a vegetarian was to be healthier. Her failure to evaluate her nutrients such as B12 may have led to her becoming unhealthy.


Turns out, Minsky had an extreme vitamin B12 deficiency.

Vitamin B12 (one of the eight B vitamins) serves many purposes in the body, such as helping make DNA and red blood cells (that carry oxygen to your organs and give you energy and help prevent fatigue). B12 also helps keep your brain and immune system healthy and plays a role in preventing a type of anemia called megaloblastic anemia, which may leave you feeling tired and weak.

Not only is having sufficient B12 important for preventing and fighting disease and giving your body energy, but it may also play a major role in your mental health. This nutrient may even help prevent memory loss associated with aging.

This vitamin is mainly found in animal foods such as meat, eggs and dairy foods.

According to the report from Insider, Minsky believed that her fatigue was due to problems with her thyroid, a butterfly-shaped endocrine (hormone secreting) gland located in the lower front part of the neck. This organ plays a major role in the metabolism, growth and maturation of the human body.

“But blood tests taken by her family doctor in 2020 revealed that her vitamin B12 levels were ‘at the dangerously low end of the scale,’ and she needed ‘immediate B12 injections.’”

(Vitamin injections may be just what is missing from your proactive healthcare plan).

What was most shocking to me about Minsky’s experience is that she suffered such a severe deficiency even though she still consumed cheese, eggs and milk. Despite including some animal foods in her diet, she was not getting enough B12.

Symptoms of a vitamin B12 deficiency may include:

These symptoms may take a long time to show, and I think it’s easy to see how one might mistakenly attribute these symptoms to other issues such as stress or having existing chronic conditions such as diabetes, irritable bowel syndrome and heart disease.

In my opinion, the scariest part about this deficiency is that if not addressed in time it may cause permanent nerve damage.

“Long-term vitamin B12 deficiency can cause nerve damage. This may be permanent if you do not start treatment within 6 months of when your symptoms begin,” according to Mount Sinai.

Another key piece of information, “A woman with a low B12 level may have a false positive Pap smear. This is because vitamin B12 deficiency affects the way certain cells (epithelial cells) in the cervix look.”

How much B12 do we need on a daily basis?

For men and women 14 years of age and older, the general need is 2.4 micrograms. To put this in perspective, one cup of full-fat milk contains 1.1 micrograms of B12. Beef liver is very rich in B12 (70.7 micrograms in just three ounces). One whole egg contains just 0.5 micrograms).

If you are pregnant or lactating, you may need to consume a little more B12. Older people tend to have more difficulty absorbing B12 from foods, which is why taking quality supplements may be key.

It’s still somewhat puzzling to me that Minsky had such a severe deficiency even though she still consumed animal foods, but perhaps she wasn’t consuming animal foods daily. Furthermore, taking certain medications and having conditions such as celiac disease or Crohn’s disease may put you at an increased risk of B12 deficiency. You can read more about this here. We just don’t know her health history, and there could be several contributing factors.

When changing your diet, always seek the advice of a competent healthcare professional.

When Minsky decided that she was going to be a vegetarian she was in her mid-20’s (many scientists believe that brain development is still happening in this age range, which is why good nutrition is imperative). Her intentions were good, but I don’t believe that she sought the advice of a doctor or competent healthcare professional based on what happened to her. If you are going to drastically change your diet and cut out major food groups, it is not only important to make routine nutrient testing a part of your regimen, but it is also important to assess any conditions you might have that may make you more prone to nutrient deficiencies. It is also extremely important to take supplements per the advice of a medical professional. What you can buy online or over-the-counter, is not always the best quality and you want to take them properly so that you do not overdose.

If you are vegan or planning to be, please be especially mindful of the risk of a B12 deficiency.

“Studies have shown that vegetarians have low vitamin B blood levels. [5] For this reason, those who follow a vegetarian or vegan diet should include B12-fortified foods or a B12 supplement in their diets,” according to Harvard T.H. Chan School of Public Health.

You may need more than a B12 blood test to determine if you are deficient.

If you are vegan, vegetarian or at an increased risk of B12 deficiency, talk to your doctor about further testing.

“Measuring vitamin B12 in the blood is actually not the best way to determine whether someone is deficient, as some people with a deficiency can show normal B12 blood levels. Blood levels of methylmalonic acid, a protein breakdown product, and homocysteine are better markers that capture actual vitamin B12 activity. These values increase with a vitamin B12 deficiency. It is estimated that up to 15% of the general population has a vitamin B12 deficiency,” (Harvard).

Fortunately, Minsky said she finally felt better after having B12 injections for two months. She continues to take a daily B12 supplement.

Diet is very personal. There are pros and cons to every diet, and what may work for one person may not work for another. As someone who is mainly plant-based, I am a major advocate for limiting animal foods and consuming plenty of fresh fruits, vegetables, herbs, spices and legumes. The key is to know exactly what your body needs and how this can be attained through the foods you consume and supplementation. This can only be done through nutritional testing, never ignoring your symptoms and learning about what is in the food you are consuming.

If you are considering a vegan or vegetarian diet, in addition to getting medical guidance I highly suggest easing into it. You can try reducetarianism, for example.

The pH professional health care team includes recognized experts from a variety of health care and related disciplines, including physicians, attorneys, nutritionists, nurses, and certified fitness instructors. This team also includes the members of the pH Medical Advisory Board, which constantly monitors all pH programs, products, and services. To learn more about the pH Medical Advisory Board, click here.