Don’t Let Meniere’s Send You Into a Spiral 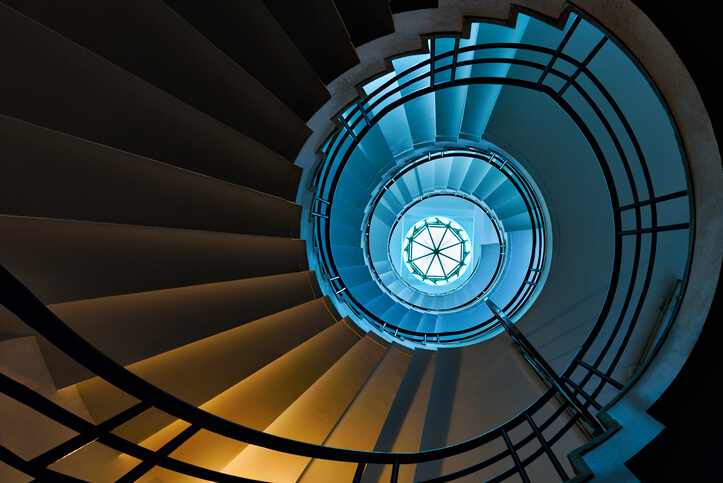 Not all health issues are life-threatening. But this doesn’t mean that these issues should not be concerning. Chronic diseases may cause much pain and discomfort. You may even feel like you are losing control of your body. It can be very frustrating, especially when you are unable to perform those activities that you enjoy.

One health issue that can be very frustrating to deal with is Meniere's disease. It is an inner ear disorder that usually affects one ear. Although there is no known exact cause of Meniere’s, it is the result of fluid build up in the compartments of the inner ear (called the labyrinth). This labyrinth houses our organs of balance (the semicircular canals and otolithic organs) and organs of hearing (the cochlea).

So people with Meniere’s suffer from episodes of tinnitus (a ringing in the ears), hearing loss and problems with balance and vertigo (dizziness). All this can make a person extremely nauseous, more prone to falls and unable to carry on with daily activities. Some people may experience “drop attacks,” where the dizziness and lack of balance is so extreme that they fall to the ground.

This ear disorder is not a fatal condition, but it can surely affect a person’s quality of life and abilities to do desired activities.

Famous musician Ryan Adams has Meniere’s, which made performing live very difficult. He said he didn’t play a note of music for a year so that he could focus on treating his case of Meniere’s.

Actress and singer Kristin Chenoweth also has Meniere’s. She candidly and humorously spoke about her experience with this disorder to David Letterman on the talk show Late Night. You can watch a video of this here.

Back in 2015, Chenoweth had to skip a Broadway show she was starring in because of this disorder.

As mentioned, Meniere’s disease is episodic. As far as the length of each episode and how often they occur, it varies from one person to another and sometimes depends on how far the disease has progressed. For example, episodes may last from 20 minutes to four hours or even 24 hours. Symptoms can occur daily, monthly or just once a year. It can be a very unpredictable condition.

In the beginning of an episode, the affected person usually feels a pressure in the ear, then comes the tinnitus (ringing in the hears), hearing loss (in the affected ear) and vertigo. After an episode is over and symptoms are no longer present, hearing usually gets better. But over time with progression of the disease, there can be some permanent hearing loss and permanent damage to the balance organ.

The stages of Meniere’s.

There are three stages of Meniere’s:

While there is no exact known cause of Meniere’s, there are potential triggers. These include:

There is no cure for Meniere’s, but there is a lot someone with this condition can do to be proactive, improve symptoms and lessen the likelihood of an episode. By taking the necessary proactive steps, you may even be able to put Meniere’s into remission.

Sodium is an essential mineral, but consuming too much of it causes the body to retain too much fluid, including in the ear.

“Eating a low-salt (sodium) diet helps reduce the fluid pressure in your inner ear. This can help control symptoms of Ménière disease. Your provider may recommend cutting back to 1,500 mg to 2,000 mg of sodium per day. This is about ¾ teaspoon (4 grams) of salt,” according to the National Institutes of Health (NIH).

For tips on salt-free cooking, check out one of our older blogs here. It’s not easy to be salt-free at first. You have to avoid most packaged and processed foods (which are not good for you whether you have Meniere’s or not) and be mindful when dining out. But if you learn to cook homemade meals with nutrient-dense plant-based foods (fruits, veggies and legumes) and lean proteins as well as kick the salt shaker to the curb and flavor your foods with spices and herbs such as basil, cilantro, parsley, cumin, sage, dill, ginger and more, you can really control your sodium intake while still eating delicious foods. Eating healthily will also ensure you are getting enough of the mineral potassium, which can help balance your sodium levels.

There is evidence that being very diligent about drinking enough water can drastically improve Meniere’s symptoms and onset of episodes. Drinking water helps prevent the body from retaining fluid.

Drinking water first thing in the morning is a great way to start your day off and get your body hydrated. Keep a reusable water bottle with you at all times. Add herbs, like mint, to give your water more flavor. You can also add berries to flavor your water.

In the United States it is estimated that about 22% of water comes from our food. You can eat water-rich foods, like cucumbers (which are about 95% water) and watermelon (which is about 90% water). Not only will you be helping yourself get your daily water needs, but you will also be getting critical vitamins and minerals your body needs to stay healthy. As a general rule of thumb, fresh fruits and vegetables have a higher water content than most foods. Eating soups, preferably homemade (canned soups have a lot of added sodium), are also a great option for “eating” your water.

In general, eating an anti-inflammatory diet with lots of fruits, nuts, lean protein and vegetables as opposed to an inflammatory diet, which usually includes fried and processed foods, can greatly help with Meniere’s or any health issue.

If you have Meniere’s, your healthcare practitioner may advise you to take a diuretic, also known as a water pill. Diuretics remove excess salt and water from the body by increasing urination. To learn more about this form of treatment and how to avoid unwanted side effects, read here. It is wise to avoid alcohol, smoking and caffeine if you have Meniere’s. It is also extremely important to manage stress levels, as stress may trigger an episode. So meditate, practice yoga or any other activity that is healthy and makes you feel relaxed.

It is also important to manage any allergies (both environmental and food sensitivities) you have, as these may be a trigger as well. (Check out the pH Allergies Test).

Meniere’s is different for everyone.Your doctor may recommend other therapies, including injections into the ear, certain medications to manage symptoms or even surgery (this is usually in more extreme or late stage cases). But whatever the case may be, leading a healthy, balanced lifestyle is really one of  the best actions you can take to regain control when a Meniere’s episode has its hold on you.