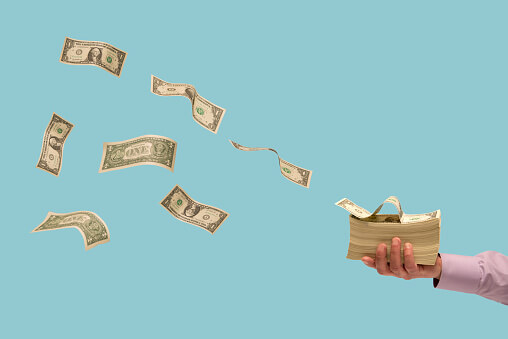 Have you ever pondered how much poor health or medical problems may affect your financial health?

Many studies have looked at the incidence of poor health causing bankruptcy. For example, several sources, including USA Today, have reported that medical debt is the top reason for personal bankruptcy filings in the United States.

However, recently, a team of researchers found that only about 4 percent of bankruptcy filings among nonelderly adults in the U.S. are due to medical expenses.

And although we are glad to hear that it appears a relatively small percentage of bankruptcy among the younger population is due to medical costs, there are still other potential economic consequences of poor health.

“The 4 percent figure is lower than some commonly cited estimates, but the new statistic comes with a twist: It is part of a larger research project that found multiple negative economic consequences of having medical problems, including a 20 percent drop in earnings and an 11 percent drop in employment for adults between ages 50 and 59 who had been hospitalized,” according to the report.

“This combination of effects - fewer medically rooted bankruptcies but pervasive workplace troubles for people with health issues - underscores the need to understand the full range of financial challenges people face due to their medical needs, the researchers say.”

The data researchers examined consisted of hospitalization records from the years 2003 to 2007 and credit reports from 2002-2011 in California. The individuals analyzed were over the age of 25: 780,000 people with health insurance and about 150,000 people who did not have insurance.

The people studied were overall healthy, and the research team kept track of medical events that caused changes in financial status.

“Some of the previous research on the frequency of medically caused bankruptcies used survey data to produce estimates; one commonly cited figure is that 60 percent of bankruptcies have medical causes. However, those estimates used self-reported data about health issues, among those who filed for bankruptcy, without establishing that medical costs were the principal cause of those bankruptcies.”

It is also noteworthy that they found that medically caused bankruptcies are minimal with people over the age of 64. This may be because they can depend on resources such as Medicare and tend to be retired and, therefore, are not experiencing decreases in their salaries at work.

The researchers acknowledged that their study is not perfect.

“By focusing on examples involving hospitalization, the researchers could be missing some cases in which accumulated medical costs of other kinds drive people to bankruptcy - including medical costs incurred by children, parents, or other relatives.”

But the important takeaway is that “[g]rasping the full breadth of the economic consequences of poor health [not just exclusively bankruptcy] might affect the priorities of lawmakers, directing them to seek solutions for the lost income that many people endure after a serious medical event.”

And it is my opinion that one of the best solutions for the lost income that people endure after a serious medical event is proper education on how to be more proactive about their health. One way to be proactive is by being nutritionally balanced. Being nutritionally balanced allows you to give your body the best chance to avoid or recover from serious medical events.

For example, we reported earlier that various studies show vitamin C helps with wound healing after surgery. In a study from the National Institutes of Health (NIH), patients recovering from surgery were given “daily dosages of 500 to 3,000 mg., which is roughly 8 to 50 times the RDA of 60 mg.”

The patients in the study were recovering from different types of surgeries. They received doses well above the recommended daily allowance (RDA) of vitamin C, which promoted new collagen synthesis and helped their surgical wounds heal faster.

Furthermore, according to the University of Michigan, vitamin C decreases the risk of excessive bleeding during surgery, so you may want to consider taking more than your RDA of vitamin C both before and after surgery.

“Many chronic diseases and conditions such as heart disease, stroke, cancer, type 2 diabetes, obesity, and arthritis are among the most common, costly, and preventable of all health problems,” according to the Centers for Disease Control and Prevention (CDC).  The National Institutes of Health (NIH) says 30-40% of all cancers can be prevented by lifestyle and dietary measures alone.

So eating a diet rich in fruits and vegetables is extremely important if you want to remain healthy. Natural, plant-based foods are very nutrient-dense. The nutrients such as water, vitamins and minerals in these foods may prevent some of the most common diseases the CDC mentions.

And finally, be sure to get a comprehensive nutrient test. This test will determine if you have any nutrient imbalances or deficiencies. And if you can pinpoint these, you can develop a plan of attack to get your body nutritionally balanced. You may have to do this through tweaks to your diet, supplementation or both. But being nutritionally balanced may help you better manage any health conditions you may already have and help prevent other illnesses.

Why You May Need To Ask Yourself: ‘Am I Too Fat?’

Getting Some Sun Is More Important Than Ever This Summer