Exactly What Caused Nelson Mandela to Miss His 100th Birthday 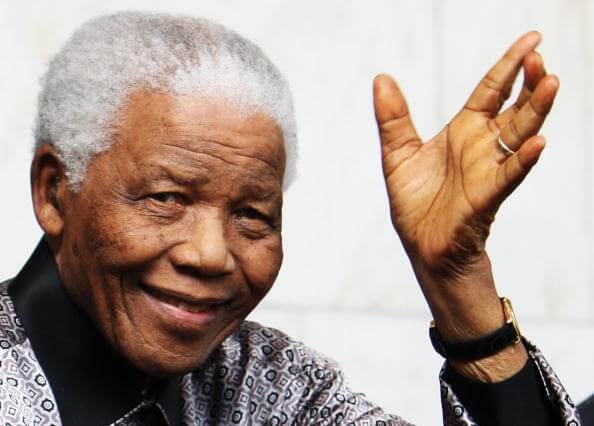 It’s hard to believe that July, 18th, 2018 would have been Nelson Mandela’s 100th birthday. Undoubtedly the most famous anti-apartheid activist in the world, Mandela served 27 years in South Africa’s prison system and later in 1994 became the country’s first black president. He is the definition of a fighter and survivor.

Mandela died in 2013 at the age of 95. He lived a long life, especially for someone who lived in such deplorable conditions and stress. But long before his death, he suffered from a recurring lung infection that caused him to be hospitalized multiple times.

According to a 2013 report, Mandela was diagnosed with early stage tuberculosis in 1988 during his prison term. Tuberculosis is an infectious disease that usually attacks the lungs.

"When the report came back from hospital they indicated that fortunately we sent the specimen before there were holes in the lung," Mandela said in 2004, according to the report.

"I underwent treatment and was completely cured after four months.”

But after his release from prison and as Mandela got older, he continued to have lung and respiratory issues. At one point, he also battled pneumonia.

In January of 2011, he was hospitalized for an acute respiratory infection. He was eventually released in stable condition, but in 2012 reportedly had to receive weeks of treatment for a lung infection.

At one point he was said to have spent nearly three months in the hospital to treat this lung infection, and he still had to receive intensive care when he was finally home. His cause of death in 2013 was due to a lung infection (a respiratory infection). He was reported to have been on assisted breathing and life support.

So let’s try to understand exactly what a respiratory infection is.

Quite often, these infections are viral and, therefore, cannot be treated with antibiotics. This means it is up to your immune system to fight off the infection. But older people generally have weakened immune systems.

Reportedly, “viral respiratory disease in older adults has been increasingly recognized as a significant cause of hospitalizations and death.”

“Unfortunately, the recognition and diagnosis of infection due to many viral respiratory pathogens in older adults can be elusive because of atypical clinical presentations and the insensitivity of current laboratory diagnostic tests in this population.”

According to the Centers for Disease Control and Prevention (CDC), the leading causes of death among persons aged 65 and over are heart disease, cancer and chronic lower respiratory disease.

First thing’s first: we all have to be proactive about keeping our lungs healthy in order to help prevent respiratory tract infections.

There are lifestyle choices you can make and steps you can take to keep your respiratory system, especially your lungs, healthy. Some of these include:

And if you already suffer from lung disease, such as asthma, know that nutrition can significantly help with your condition and help keep your lungs healthy. Vitamins and minerals that may help include omega 3’s, vitamin C, vitamin D, vitamin E, folate and selenium.

A good rule of thumb is to eat plenty of antioxidants, which are plentiful in colorful plant-based foods.

“Normally the lung exists in an oxygen-rich environment balanced by the toxicity of oxidants and the protective activities of antioxidants. Research has been done in chronic lung disease which hypothesized that a diet low in antioxidants may reduce the natural defense of the lungs against inflammation,” according to this source.

And older people have to be especially proactive about protecting their immune systems, in order to prevent infections of the respiratory tract.

It’s important to keep in mind that many older people tend to take both prescription and over-the-counter (OTC) medications. These medications may deplete the body’s store of essential vitamins and minerals. Furthermore, an older adult’s body tends to have more difficulty absorbing nutrients from the foods we eat.

For all of these reasons, it is extremely important to take advantage of nutritional testing. This testing may determine if you have any nutrient imbalances (a deficiency or too much of a certain nutrient). If you discover you have any imbalances, you can work with a competent healthcare professional to possibly tweak your diet and/or take good quality supplements. In some cases, it may be necessary to include vitamin infusions.