‘Grandpa’ May Be The New Dad. Here’s How Older Dads Can Be Proactive About Their Health 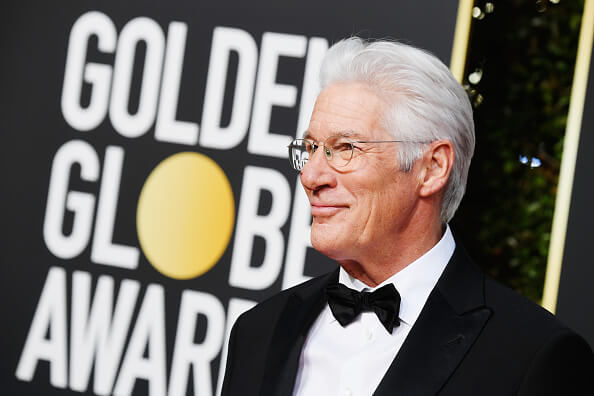 Sixty-nine-year-old actor Richard Gere was recently blessed with a new baby. But not as a grandfather - a father! The Pretty Woman star and long standing Hollywood heartthrob welcomed a baby boy with his 35-year-old wife.

Gere is not the only older celebrity father around. Eddie Murphy became a dad at 57, Billy Joel had a child at 63 and actor Jeff Goldblum became a first-time dad at the age of 62. And rockstar Mick Jagger had a child at 72-years-old.

We have previously discussed potential health risks to babies born to older fathers as well as what men in general can do to maintain healthy sperm and help make healthy babies.

In one report, a doctor suggested that the “good thing about being an older dad is that you tend to live longer, and you certainly have lots of young reasons to. Your offspring also tends to live longer. We’re evolving a lot more rapidly and this system is trying to help us live longer, which is a plus for both the older dad and his child. So, it makes teleological sense that if you are healthy enough to reproduce at an older age, you’re good.”

And a 2012 study found some evidence to suggest that children as well as grandchildren of older fathers may even live longer than children of younger men. Specifically, children who were born to fathers between the ages of late 30s to early 50s reportedly inherited longer ‘telomeres’ (tiny protective caps on the ends of chromosomes that protect against aging degeneration and disease).

So there appears to be pros and cons to being an older father.

How can older fathers be proactive about their health and, in turn, be around for their kids?

Heart disease is the number one killer of American men (and women). According to the American Heart Association, about 66 percent of cardiovascular disease deaths occur in people age 75 and older. So if you are a dad in his fifties, sixties or perhaps early seventies, it is important to be very proactive about preventing or managing heart disease. A healthy heart will also help you keep up with and run after your young child.

Furthermore, the Centers for Disease Control and Prevention (CDC) reports that half of the men who die suddenly of coronary heart disease have no previous symptoms. (Click here to read about silent heart attacks).

One of the best things you can do for heart health and to lower your risk of health issues that may contribute to bad heart health, like hypertension (high blood pressure), obesity and diabetes, is to eat healthily on a consistent basis. This means eating plenty of nutrient-dense fruits, vegetables, lean proteins (like fish), whole grains and legumes, in order to get an adequate intake of essential nutrients for heart health such as potassium, calcium and magnesium. Magnesium Orotate may be especially good for heart health.

Red meat really needs to be consumed in moderation. As we have previously discussed, our gut bacteria may respond to the consumption of red meat in a way that elevates a material called TMAO, which appears to play a major role in causing heart disease.

Processed meats such as salami, bacon and pepperoni may also contribute to health issues, like cancer and heart disease.

Furthermore, if you are an older man trying to have a baby, a diet high in processed meats may negatively affect your fertility. According to one study which analyzed the diets of 141 men at a fertility clinic, “Sperm from men who reported a diet high in processed meat had less success fertilising eggs in the laboratory. But sperm from men who ate more chicken were more successful,” according to a source discussing the study.

I don’t think I need to go into great details about why smoking is so bad for all of us. But it appears that men find tobacco products more appealing.

According to the National Institute on Drug Abuse, men generally tend to use “all tobacco products at higher rates than women.”

It is important to note that if you are of advanced paternal age and trying to conceive a child, smoking can damage the DNA in men’s sperm which may cause fertility issues.

The CDC reports that older men have the highest suicide rate of any age group. Men in general are also less likely to reach out for help for mental health issues such as anxiety and depression.

It is so important to take care of your mental health. Read here to learn how diet may play a big role in whether you feel depressed or not. Also know that an anti-inflammatory diet as opposed to a pro-inflammatory diet may help prevent or delay cognitive decline.

So if you are an older father or plan on becoming an older father, take the proactive steps to protect your health and help you be the best dad possible.

Finally, don’t forget to take routine nutrient tests, which will help determine whether you have any nutrient imbalances or deficiencies. If you are not nutritionally balanced, a competent healthcare professional can work with you on making the necessary dietary changes and possibly recommend quality supplements you can incorporate into your proactive healthcare routine.