Herbs Over Insulin? This Unconventional Diabetes Treatment Cost a Little Boy His Life 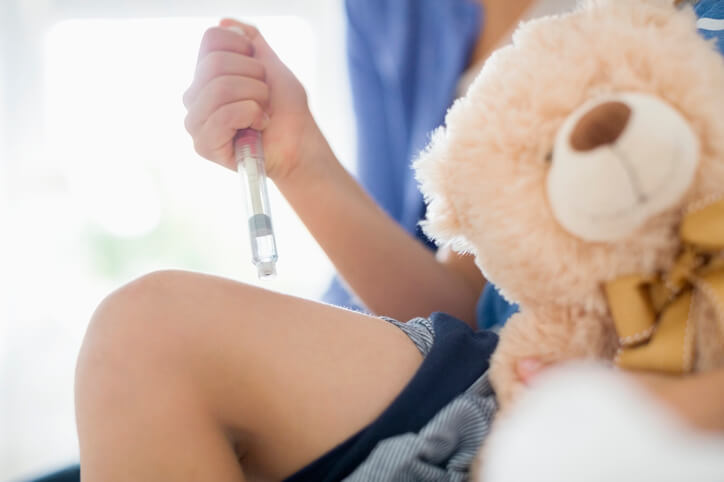 In 2014, 13-year-old Edgar Lopez died after his mother decided to stop giving him insulin prescribed by a pediatrician. He suffered from type 1 diabetes.

This tragic story is complex, and Edgar’s mother is now undergoing criminal investigation. But before his death, Edgar’s mom consulted with an 84-year-old herbalist who reportedly told her that the insulin was what was going to kill her son and that he should stop taking it.

The herbalist is on trial, but the defense says Edgar’s mother is the one to blame for her son’s death. The defense attorney claims that Edgar’s mother grew up using herbs and that she was the one who made the decision to reduce Edgar’s insulin and then take him completely off of it. She allegedly made this decision before she even met the herbalist.

Edgar was just 68 pounds when he died. With proper care, his death likely could have been avoided.

It is important to note the difference between type 1 diabetes and type 2 diabetes, which we have previously discussed.

So what is insulin?

Insulin is a hormone produced by the pancreas.“Insulin is life—without it, the body can’t convert the food we eat into the energy that’s needed to survive,” according to one source.

According to the American Diabetes Association, the “body breaks down the carbohydrates you eat into blood glucose (also called blood sugar), which it uses for energy. Insulin is a hormone that the body needs to get glucose from the bloodstream into the cells of the body.”

So an insulin imbalance may result in the body lacking the ability to use glucose properly. Glucose may stay in the bloodstream as opposed to entering the body’s cells. This can result in having a high blood glucose level. Having high blood glucose is also called hyperglycemia.

High levels of blood glucose may cause damage to your eyes, kidneys, nerves, heart and the peripheral vascular system.

The American Family Physician says that without insulin, your blood sugar level goes up, you get thirsty and you urinate a lot (which could lead to dehydration and deplete the body of essential vitamins and minerals).

Insulin injection is used to control blood sugar levels in both people who have type 1 or type 2 diabetes. These injections may be used for treatment if oral medication alone does not work.

“Insulin comes as a solution (liquid) and a suspension (liquid with particles that will settle on standing) to be injected subcutaneously (under the skin). Insulin is usually injected several times a day, and more than one type of insulin may be needed. Your doctor will tell you which type(s) of insulin to use, how much insulin to use, and how often to inject insulin. Follow these directions carefully. Do not use more or less insulin or use it more often than prescribed by your doctor,” says the NIH.

Note that insulin controls high blood sugar but it does not cure diabetes. It is usually recommended that you continue to use insulin even if you feel well. And it is extremely important to work with a competent healthcare practitioner before you stop using insulin. “Do not switch to another brand or type of insulin or change the dose of any type of insulin you use without talking to your doctor,” per the NIH.

Unfortunately, Edgar’s mother did not follow these guidelines and this may have led to her son’s death. One news report states that when Edgar became sick and semi-comatose, the herbalist told the mother to not give Edgar insulin and he was treated with herbal oils.

We cannot definitively say exactly how Edgar died, but it looks like he may have had diabetic ketoacidosis (DKA). This condition is more common in people with type 1 diabetes (which Edgar had).

“DKA happens when the signal from insulin in the body is so low that:

“The fat is broken down by the liver into a fuel called ketones which causes the blood to become acidic,” reports the NIH.

“Infection, injury, a serious illness, missing doses of insulin shots, or surgery can lead to DKA in people with type 1 diabetes.”

Complications associated with DKA may include fluid buildup in the brain, cardiac arrest (the heart stops working) and kidney failure.

Too much insulin is also dangerous

If you take too much insulin, this could lead to an extremely low blood sugar level (hypoglycemia).

“A low blood glucose level triggers the release of epinephrine (adrenaline), the “fight-or-flight” hormone. Epinephrine is what can cause the symptoms of hypoglycemia such as thumping heart, sweating, tingling, and anxiety,” says the American Diabetes Association.

“If the blood glucose level continues to drop, the brain does not get enough glucose and stops functioning as it should. This can lead to blurred vision, difficulty concentrating, confused thinking, slurred speech, numbness, and drowsiness. If blood glucose stays low for too long, starving the brain of glucose, it may lead to seizures, coma, and very rarely death.”

Again, if you were instructed to take insulin, it is imperative that you work closely with a competent medical doctor.

There is some scientific evidence that insulin increases renal magnesium excretion which could lead to a magnesium deficiency. Furthermore, common oral antidiabetic medications, such as Avandia®, Diabeta®, Glucophage® (Metformin) and Prandin®, may deplete the body of folic acid and vitamin B12. Magnesium, folic acid and vitamin B12 are all nutrients that we need to remain healthy, and It is necessary to have the right balance of these nutrients in our bodies.

This is why it is extremely important to take routine nutrient tests if you are diabetic.