Is Napping the Key to Your Kid’s Success? 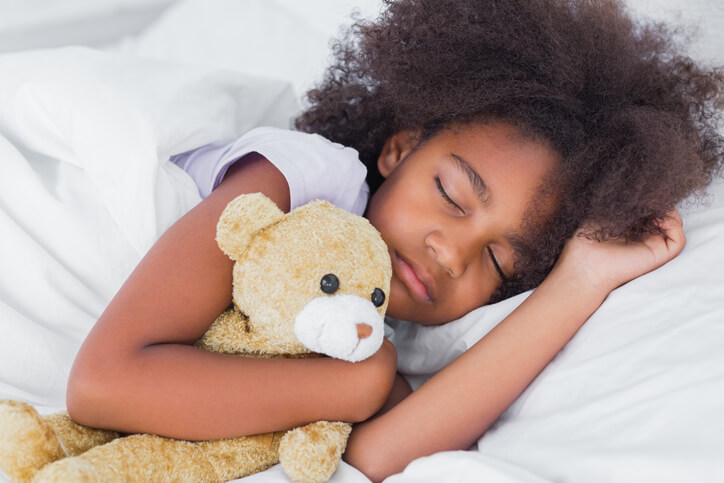 Any parent of a baby or toddler would likely agree that nap time is key for preventing a cranky, moody child. My son is in his twenties now, but, of course, I can certainly remember those times when he was younger and I could just look at him and know he needed a nap. Stat!

According to the National Sleep Foundation, about half of all children stop napping at age four and 70 percent are done with daytime sleep by the age of five. And if your child falls into this category, you may want to consider implementing nap time again.

A recent study found evidence which suggests that children who nap are happier, perform well academically and have less behavioral problems.

Researchers from the University of Pennsylvania and the University of California, Irvine looked at close to 3,000 fourth, fifth and sixth graders (ages 10 to 12). They saw “...a connection between midday napping and greater happiness, self-control, and grit; fewer behavioral problems; and higher IQ, the latter particularly for the sixth graders,” according to this report discussing the study.

The finding that stood out the most was how much napping positively affected academic performance. One of the lead researchers said that kids who napped three or more times per week saw a 7.6 percent increase in academic performance in the sixth grade.

And apparently, “sleep deficiency and daytime drowsiness” are common in children, affecting up to 20 percent, according to another lead researcher involved in the study.

What’s so special about this study is that it actually involves older kids. So many studies in the United States about kids and sleep deprivation focus on preschool age and younger because, as mentioned, napping usually stops around age four or five.

But in other parts of the world, napping does not stop at ages four or five and perhaps we should take a page from their book. The researchers looked at the results of a study in China, where napping is more accepted (even in elementary and middle school as well as in adulthood).

(In China, “Workers often take a break after lunch and put their heads on their desks for an hour-long nap. It’s considered a Constitutional right,” (National Sleep Foundation)).

The study in China that the researchers of the American study looked at involved 2,928 children. Data was collected about nap frequency and duration once the children reached grades fourth through sixth “...as well as outcome data when they reached Grade 6, including psychological measures like grit and happiness and physical measures such as body mass index and glucose levels. They also asked teachers to provide behavioral and academic information about each student.”

Adjustments were also made for other variables such as gender, school location, parental education and nightly time in bed.

As you probably already guessed, the results showed that the kids greatly benefited from taking naps (particularly with cognitive tasks). There is even evidence which shows that a daytime nap can have the same magnitude of improvement as a full night’s sleep when it comes to discrete cognitive tasks.

"The midday nap is easily implemented, and it costs nothing," said one of the leads on the Chinese study.

(American schools could achieve this by just ending the school day a bit later).

“Not only will this help the kids, but it also takes away time for screen use, which is related to a lot of mixed outcomes."

You may not be able to convince your child’s school to implement nap time again, but share with them what you have learned from reading this. Talk to other parents, and see what they think. If you can get enough support and educate other people, you may be able to start a change or encourage a later start to the school day.

And remember to encourage naps on the weekends, along with getting outdoors or partaking in some physical exercise and spending less time on screens.

What if your child is not a napper?

That can be tricky, and you never want your child to see napping as a punishment. Speak with them about the benefits, and maybe try some relaxation techniques before napping, such as meditation.

These two important pillars of our health really go hand in hand. If your child has trouble napping or sleeping in general, consider adding these foods into his or her diet:

A study published by the National Institutes for Health (NIH) revealed that eating kiwis before bedtime may help people who have trouble sleeping or have actual sleep disorders. The study examined males and females between the ages of 20 to 55. The subjects consumed two kiwis one hour before bedtime for four weeks. The results revealed the subjects fell asleep quicker, had longer sleep durations and had better quality sleep. “Numerous studies have revealed that kiwifruit contains many medicinally useful compounds, among which antioxidants and serotonin may be beneficial in the treatment of the sleep disorders,” reports the NIH.

Cherries, especially tart cherries, contain melatonin. Melatonin is a “sleep hormone” your body naturally produces. It is inactive during the day and starts to kick in after the sun goes down, around 9pm according to the National Sleep Foundation. Melatonin may help reset your sleep and wake cycles (which can also aid in alleviating jet lag). Some natural cherry juice before bedtime could be a great night time treat for your child.

(If getting your child to sleep is really a struggle, discuss these pediatric sleep disorders with your pediatrician).

It is also important to ensure that your child is nutritionally balanced by having him or her take routine nutrient tests. If the test reveals your child has any nutritional imbalances or deficiencies, a competent healthcare professional can help you and your child make the necessary dietary changes. You may also be advised to implement supplementation.

Keep in mind the following nutrients that are critical for good sleep:

Make sure your child is getting enough iron. According to the National Institutes of Health (NIH), deficiencies in the mineral iron may be related to restless leg syndrome (which some children suffer from), a cramping in the legs that causes an irresistible urge to move them. Iron-rich foods include red meat, pork, poultry, seafoods, beans, spinach (and other leafy greens), peas, cherimoyas and iron-fortified cereals. The NIH also says B vitamins may help with nocturnal leg cramps.

The NIH found that people with lower vitamin D serum levels had more sleep disturbances. They also found evidence of this when examining mice. “In animal studies, vitamin D receptors have been found in specific regions of the central nervous system, some of which regulate sleep…” reports the NIH. To find out how much vitamin D your child may need and what foods are rich in this vitamin, click here. And, of course, we obtain much of our vitamin D from sun exposure.

Calcium is key for your kid’s growing bones, but it also may be key for good sleep. Several studies show calcium is directly related to our sleep cycles. Calcium causes the release of melatonin, which explains why this mineral is not only important for strong bones and teeth but also for preventing insomnia and helping people get healthy sleep. So that warm glass of milk may be a good idea before bedtime. For foods rich in calcium, click here.