My Husband Eats a Lot of Veggies, But Fava Beans Can’t Be One of Them! 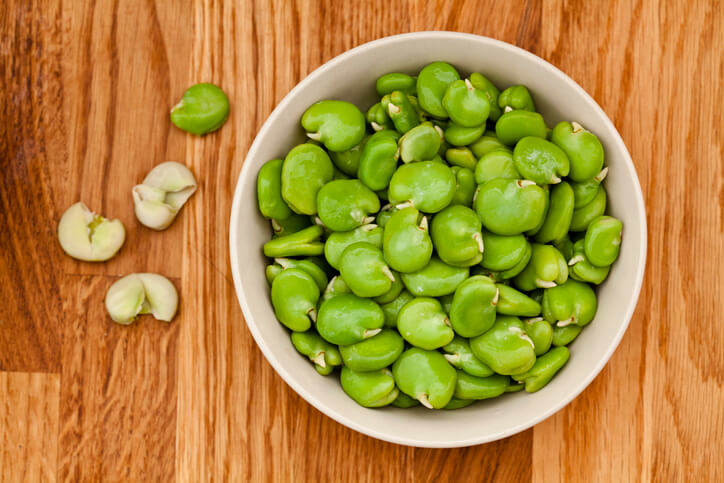 Who could forget Sir Philip Anthony Hopkins as the cannibal in that unforgettable movie, “Silence of the Lambs?” His calm delivery of what has been recognized as perhaps one of the most famous lines in a movie will always be cemented in my brain:

"I ate his liver with some fava beans and a nice Chianti."

Prior to that movie, I don’t think many people in the US, including myself, had ever heard of  fava beans even though there is evidence that it was one of the first foods cultivated by man. But it is important to know about this bean because it may be both good and dangerous for our health.

Fava bean is also known as broad bean. The scientific name is “Vicia faba,” and it is consumed by millions of people throughout the world. It belongs to the legume family which means it is high in plant-based protein.

It is not surprising that fava beans are sought after because they are nutrient dense. They contain a high concentration of many nutrients that are necessary to keep us healthy. These nutrients include zinc, copper, potassium, selenium, magnesium, iron, fiber, vitamin K and vitamin B6. They are also a cheap source of lean protein.

There is even some evidence that the proteins found in fava beans may slow the progression of cancer cells in the colon.

But despite the nutritional benefits, fava beans may trigger a severe reaction in the roughly 400 million people worldwide (including my husband) with Glucose-6-phosphate dehydrogenase (G6PD) deficiency.

G6PD is an essential enzyme that is found inside every cell in our bodies. According to the National Institutes of Health (NIH), G6PD is a “housekeeping enzyme” that plays a vital role in the proper functioning of the red blood cells.

G6PD deficiency is a genetic disorder and the most common human enzyme defect. It is a condition where the body doesn’t have enough of the enzyme glucose-6-phosphate dehydrogenase, or G6PD, which helps red blood cells (RBCs) function normally. Without enough G6PD to protect the red blood cells, they are prematurely destroyed in a process referred to as ‘hemolysis.’ Medical problems such as hemolytic anemia occur when the  bone marrow does not make enough red blood cells to replace the ones that are being destroyed.

But what do fava beans have to do with all this?

Many individuals with G6PD deficiency do not need treatment. However, they should be taught to avoid triggers such as fava beans because, over time, these triggering episodes may lead to chronic anemia and heart, liver and kidney damage. In some cases, acute hemolytic reactions may even require blood transfusions. In rare cases, kidney failure or death may occur.

Examples of ways you can be proactive?

For more comprehensive information about G6PD deficiency and medications that may act as a trigger, read here and here.There is an exhaustive list of the foods (and certain supplements) to avoid if you are deficient in G6PD. Some of these foods include breath mints, legumes, red wine, soy and certain pre-prepared Chinese foods. The bottom line is that people with G6PD deficiency must strictly avoid things that are likely to trigger an episode.

Now that you know, be proactive!

Be Proactive About Bee Stings This Summer