Love Oregano? Make Sure You Know How to Maximize its Health Benefits 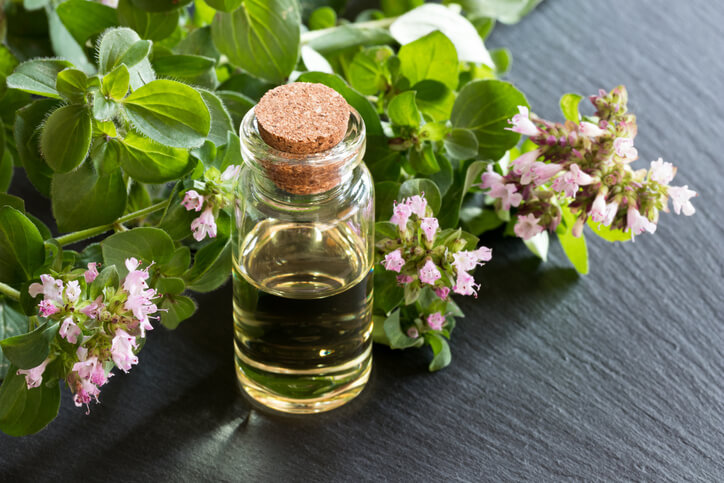 Oregano is one of the “largest selling” culinary herbs. It is a fragrant herb which is native to the Mediterranean and is commonly used in Italian cooking. Reportedly, Americans consume 379,000 metric tons of oregano per year, and the majority of that is imported.

But this perennial herb isn’t just for spicing up your pizza and elevating your pasta sauce. Oregano, as an essential oil, has a wealth of medicinal properties and can be used both orally and topically.

The National Institutes of Health (NIH) published findings that tout oregano as one of the most effective essential oils and supports it as a therapeutic topical medicine to treat acne, skin cancer and other dermal problems.

“These findings along with existing studies largely support the anti-inflammatory, tissue remodeling, immunomodulatory, and anticancer activities of oregano essential oil (OEO). In conclusion, this study provides the first evidence of the biological activity of OEO in human dermal fibroblasts. We suggest that OEO, with carvacrol as the major active component, is a promising candidate for use in skin care products with anti-inflammatory and anticancer properties.”

Oregano oil can be taken orally as a spray, in pill or capsule form, topically on the skin, or as a steam inhalant by adding a few drop of OEO a small pot of boiling water and wafting the steam towards your face and nasal passage. It is recommended that you dilute 1 drop of concentrated OEO to 1 teaspoon of either water or olive oil.

Celebrities are huge oregano oil proponents. When asked what her medicine cabinet mainstays were, actress Kristen Bell responded, “Oregano oil. I take it whenever I feel like I'm coming down with a cold.”

Actress Emily Blunt concurs, saying, “I would say if you feel yourself coming down with a cold… You sort of just throw a few drops down there. It’s disgusting, you burn your throat but I do tend to find it shortens the cold.”

“Based on notable research studies, the volatile oils in oregano (thymol and carvacrol) have antiviral, antibacterial, and anti-inflammatory properties,” according to one source. These protective benefits may help ward off the common cold and flu.

Celebrities aside, it seems that eating oregano and/or using it in oil form has benefits that date back thousands of years.

Oregano contains various nutrients like vitamins A, C, E and K, as well as fiber, folate, iron, magnesium, vitamin B6, calcium, and potassium. When administered orally, OEO is said to improve gut health, which in turn boosts the immune system.

Some of the earliest records of using oregano (origanum vulgare) date back to 1600-1200 B.C., when images of the plants were inscribed on tablets by the Hittites of Asia Minor. Sometimes called the “prince of herbs”, the name origanum was first used by the ancient Greek physician Hippocrates (460-370 B.C.).

Historically speaking, oregano seems to have some serious bragging rights. But what about the recent research that has led to its resurgence in modern day health culture?

Any Downsides to Oregano?

While cooking with oregano may not result in any dosage issues or side effects, using it in concentrated form should be taken more seriously. Commercial grade oregano oil is highly concentrated and should be diluted before use.

When used as directed, oregano oil should be safe, but shouldn’t be consumed in high doses. This may be due in part to thymol, one of the phenols it contains. In high doses, thymol is a mild irritant which might affect the skin or internal organs. It can cause:

Oregano oil may cause an allergic reaction in some people. If you’re allergic to oregano or to other plants in the Lamiaceae family, such as mint, sage, basil, and lavender, don’t use oregano oil.

And if you are currently taking any medications, both prescription or over-the counter, speak with your doctor about using oil of oregano oil or including this herb in your diet. You always want to avoid drug interactions.