There’s a Sex Drought in America. Learn How You Can Be Proactive 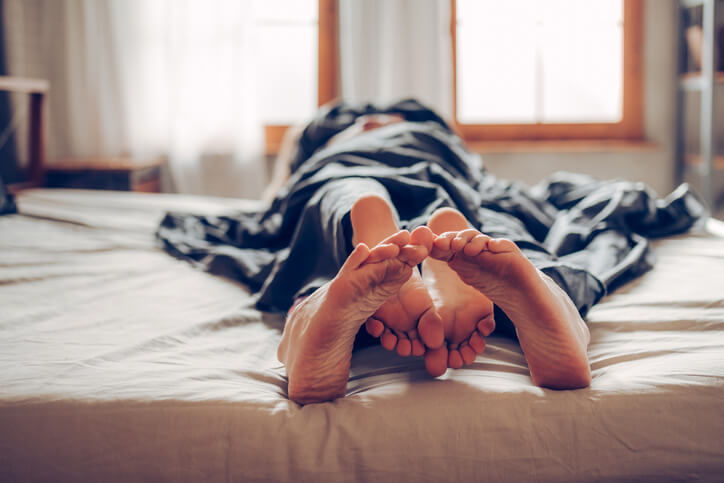 Apparently, Americans aren’t having much sex! One report even refers to the lack of sex in the U.S. as the “Great American Sex Drought.”

American adults who report not having sex in the past year reached a record high in 2018, “underscoring a three-decade trend line marked by an aging population.”

But the lack of sex is not only apparent in the elderly population. According to the report, of the 23 percent of adults (or nearly 1 in 4) who spent the previous year being celibate, surprisingly a large number of them were twenty-something-year-old men.

Furthermore, the number of Americans between the ages of 18 to 29 reporting no sex (yes, none) more than doubled between 2008 and 2018. A professor of psychology referenced in the report says there could be a variety of factors causing this sexless youth in America. For example, she says one of the main reasons is because people are partnering up much later in life.

Americans in their 30s, 40s and older are more likely to be married than people in their 20s. And this may be one of the main reasons why the 30’s and 40’s crew may be having more sex than the 20-somethings. So having a healthy marriage appears to promote more sex. Additional reasons for a lack of sex in the younger population may be unemployment (sex may not be a priority when your unemployed and could lead to low self-esteem) and the fact that many young people live at home with their parents after college.

With the growth of dating apps and “hook-up” culture amongst American youth, many may have assumed that younger people are having much more sex. But a Psychology Today report discusses how dating apps can be highly ineffective and never actually even lead to a first date. It appears Millennials are super connected through social media and constantly being online, but many are not actually making the physical connection with someone in the bedroom.

Other reasons which may cause a lack of sex include the following:

Sex, (safe sex of course), is good for your health -- both mentally and physically.

Sex, especially when you orgasm, releases a hormone called oxytocin. Also known as the “cuddle hormone” or the “love hormone,” oxytocin can produce a feeling of well-being and happiness. This hormone may be released when you bond with someone, and sex is definitely a way to bond.

The release of oxytocin may even lower your blood pressure. One report discusses how researchers from Georgia State University suggested that having regular, good sex may lower blood pressure just as effectively as some medications.

Sex may also reduce stress, reduce hypertension in women, lower the risk of men developing prostate cancer, boost memory and reduce chronic pain, according to some sources like, this report.

So how can you be proactive about having more, better sex?

Like with most things relating to your health and well-being, having better, more frequent sex is related to nutrition.

For example, if you are feeling down and have a low libido (sexual desire), you may want to take a look at your diet. Your diet may be the reason why you feel depressed. If your diet consists of a lot of pro-inflammatory foods, such as white bread and crackers, sweets and fried foods, this may cause chronic inflammation throughout the body which may lead to depression and other health issues, including hypertension.

If you eat a nutrient-rich diet with plenty of fresh fruits and veggies (also called an anti-inflammatory diet), you greatly increase your chance of preventing depression, maintaining a healthy weight and keeping your heart healthy.

We have also discussed specific nutrients to keep in mind for improving your sex life, in prior blogs.

Regular physical activity may also promote blood flow throughout the body and help prevent depression, which can all help your sex life. And know how to fuel your body properly when you exercise.

I think one of the biggest things to keep in mind is that if you are overall healthy (both physically and mentally), not only will you be more capable of having better sex but I think you may be more equipped to handle the challenges that may come with finding a good partner. This is why the pH Labs healthcare team constantly stresses the importance of comprehensive health and preventative healthcare strategies.

We emphasize being proactive and not waiting for a diagnosis or just depending on medications. Eat healthily, exercise, get good quality sleep, manage your stress levels and take time away from your phones and computers.

Finally, it is imperative that you maintain nutritional balance. Taking routine nutrient tests will identify whether you have too much or too little of a specific nutrient. If you do, a competent healthcare professional can work with you on making the necessary dietary changes and possibly recommend quality supplements you can take.