Think Using Cannabis During Pregnancy is Safe for You and Your Baby? Think Again! 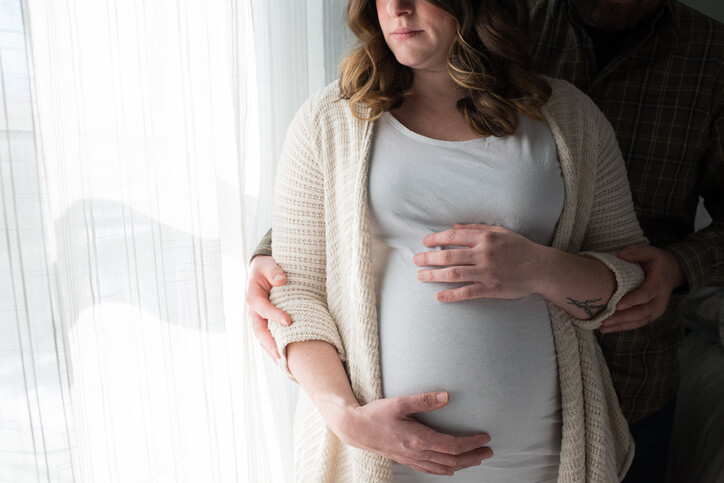 Recently, Jenelle Evans, one of the stars of the hit reality television show Teen Mom 2, shared that she smoked weed while pregnant. Her reason for this was because she was suffering from “bad esophageal spasms” that made her “throw up every five minutes.”

Like Evans, an increasing number of women are turning to cannabis, more commonly called marijuana, to ease morning sickness, anxiety and other common unpleasant side effects of pregnancy.

In one large study, almost four percent of pregnant women self-reported using cannabis in the past month, while seven percent reported using it during the past year. However, these numbers are most likely lower than they really are (think about how many people there are that are not reporting that they use marijuana during pregnancy).

In another study, which tested hair and urine samples, the rate of marijuana use was almost 30 percent. The majority of these women believe that since marijuana is so widely accepted, that it must be safe.

In addition to this, a recent study conducted by the University of British Columbia and published in the journal Preventive Medicine, found that almost one-third believe that using marijuana while pregnant won’t harm their unborn child.

The Risks to Your Child Before & After Birth

This trust in the safety of cannabis use during pregnancy is misplaced. Research clearly indicates that taking this drug (and make no mistake, although marijuana is a plant its active ingredients are drugs) while pregnant carries significant risks to a developing fetus. There is also evidence that some of these risks extend into infancy if a mother uses marijuana while breastfeeding her newborn. This is because marijuana’s active ingredients readily pass through breast milk. And last, but certainly not least, it carries risks to you, as well.

Remember that the various components of marijuana – whether smoked or ingested – readily cross the placenta and enter your baby’s bloodstream. So, when you use cannabis, you are, in effect, sharing your marijuana with your baby. This exposes him or her to a variety of health risks including:

While more studies need to be done on the impact of using marijuana while breastfeeding, one study suggested that exposure to THC (one of the chemicals present in cannabis) through breast milk in the first month of life could result in decreased motor development. Research also shows that THC can remain in breast milk for at least six weeks and that it accumulates over time. Since a newborn’s brain is still forming, this THC could also affect your baby’s brain development.

As the mother-to-be, using cannabis during pregnancy may increase your risk of:

And, according to the U.S. Food and Drug Administration, if you decide to use a synthetic cannabinoid (which are gaining in popularity in some areas) instead of the marijuana plant, you run the additional risks of severe illnesses and death. This is because some synthetic cannabinoids have been found to have been contaminated with brodifacoum, a very long-acting anticoagulant commonly used in rat poison. Even without rat poison, synthetic cannabinoids can cause sickness, rapid heart rate, confusion and hallucinations.

How to Better Protect You and Your Baby’s Health

The first thing you can do if you’re thinking of getting pregnant, trying to get pregnant, are currently pregnant or have a newborn, is to learn all you can about the potential risks and benefits of using marijuana in this phase of your life. Just because marijuana may present minimal health risks at other times, does not mean that it's 100 percent safe when it comes to pregnancy.

Reading blogs like this one are a good start, but you need to also talk with your doctor or other competent healthcare providers about the use of medical (or recreational) cannabis to treat your morning sickness or other bothersome side effects of being pregnant. You may need to be proactive and bring this topic up with your doctor, since there is some evidence that many doctors never broach the subject of cannabis with their patients.

Also, be honest with them about your marijuana, and other drug, use so that they can give you the best prenatal and postnatal care. The simple fact is that many doctors don’t yet have it on their “radar.”

If you’re using or thinking of using marijuana to help with morning sickness and general nausea, keep in mind that there are many alternatives that are safer than marijuana. These include natural remedies as well as a variety of medications. The same holds true if you have any anxiety, issues sleeping or emotional challenges such as depression. Talk with your doctor about other options.

Lifestyle changes that you can immediately make can also contribute to a healthier pregnancy and baby. One of the most important is making sure that you – and your baby – are getting the vitamins, minerals and other nutrients you both need. Make sure your diet consists of full meals with plenty of fresh fruits and vegetables that you prepare at home. You can find additional information by checking out these recent pH Labs blogs about pregnancy.

Also keep in mind that smoking marijuana can deplete the body of critical nutrients that your body needs, especially when you are pregnant and your body is working to support a growing fetus. For example, long-term use of marijuana “can lead to zinc deficiency and cause problems with the metabolism of omega-3 fatty acids,” according to one source.

Last, but certainly not least, if you aren’t using marijuana and you’re pregnant, or are thinking of getting pregnant, don’t start unless your physician, after considering the benefits and risks, prescribes it for you. If you currently use marijuana and are thinking about pregnancy or are pregnant, consider stopping its use. If you’re having trouble doing so, there are a wide variety of community and other resources available to help you in your efforts. These include school and university health counselors for teens and young adults, spiritual advisors, your doctor and family members and friends.

You can also call the U.S. Department of Health & Human Services national substance abuse hotline at 1-800-662-4357 or visit Marijuana Anonymous.

Enjoy your – and your baby’s – healthy life!

You May Want to Delay the Dentist, But You Can Still Be Proactive About Oral Health Care