Vitamin B May Save You From Psychosis 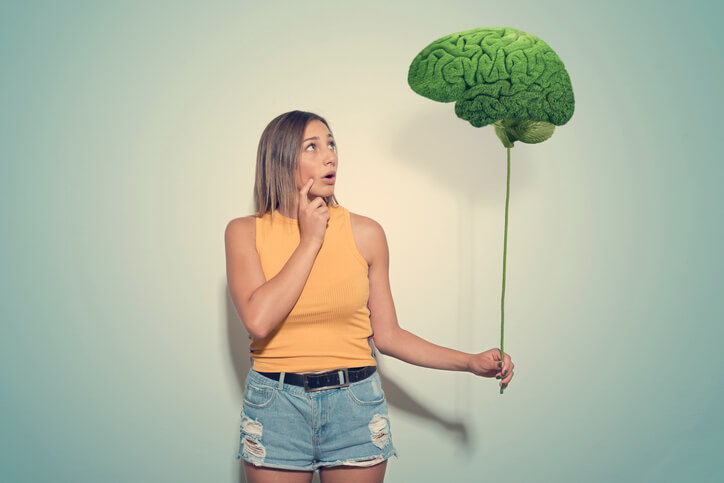 The National Alliance on Mental Illness (NAMI) reports that in the United States, approximately 100,000 young people experience psychosis each year. In addition to this, as many as three in 100 people will have an episode at some point in their lives.

So What is Psychosis?

Psychosis has been described as a “break with reality.” It “is characterized as disruptions to a person’s thoughts and perceptions that make it difficult for them to recognize what is real and what isn’t,” according to NAMI.

“These disruptions are often experienced as seeing, hearing and believing things that aren’t real or having strange, persistent thoughts, behaviors and emotions. While everyone’s experience is different, most people say psychosis is frightening and confusing.”

According to the U.S. National Library of Medicine, two main symptoms of psychosis are delusions and hallucinations.

“Delusions are false beliefs, such as thinking that someone is plotting against you or that the TV is sending you secret messages. Hallucinations are false perceptions, such as hearing, seeing, or feeling something that is not there.”

Some famous people have reported having a break with reality.

Sigmund Freud was quoted as saying: “During the days when I was living alone in a foreign city … I quite often heard my name suddenly called by an unmistakable and beloved voice. I then noted down the exact moment of the hallucination and made anxious enquiries of those at home about what had happened at that time. Nothing had happened.”

Socrates also heard voices. According to this source, he relied on what the Greeks called his “daemonic sign,” an averting inner voice that Socrates heard only when he was about to make a mistake. It was this sign that prevented Socrates from entering into politics.

Joan of Arc was reported as hearing voices since the age of 13. “She believed these voices were angels and saints, messengers from God. Whilst Joan was initially scared of the voices, and felt unable to talk to others about them, she began to build a better relationship with them. Some of these angels appeared in visions, as faces or – sometimes – accompanied by bright light.”

Anthony Hopkins has also reported having a “little voice in his head.”

“I’ve always had a little voice in my head, particularly when I was younger and less assured,” he said. “While onstage, during classical theatre the voice would suddenly say, ‘Oh, you think you can do Shakespeare, do you?’” and he added; “Recently, I was being interviewed on television and the voice inside my head said to me, ‘Who the hell do you think you are. You’re just an actor, what the hell do you know about anything.’”

The pH Health Care Team has previously discussed the power of nutritional therapy and strategies as they pertain to maintaining mental health and delaying cognitive issues. There is plenty of credible evidence which shows that getting an adequate intake of essential nutrients, such as vitamins and minerals, is key to not only maintaining our physical health but also our mental health.

Prior research had shown that vitamins B12, B6 and folic acid (vitamin B9) have helped people with schizophrenia decrease their levels of an amino acid called homocysteine, according to one report discussing the recent study.

According to the National Institutes of Health (NIH), homocysteine is a chemical your body uses to make proteins.

“Normally, vitamin B12, vitamin B6, and folic acid break down homocysteine and change it into other substances your body needs. There should be very little homocysteine left in the bloodstream. If you have high levels of homocysteine in your blood, it may be a sign of a vitamin deficiency, heart disease, or a rare inherited disorder.”

And as it turns out, reducing homocysteine levels through nutritional supplementation in people with schizophrenia has proven to improve their symptoms.

What’s exciting about this new study is that homocysteine levels were also reduced in people who received B-vitamin supplementation who were not at the point of schizophrenia. As a result of reduced homocysteine, they exhibited better concentration skills and performed better at cognitive function tasks. Participants were young people experiencing first episode psychosis (a precursor to schizophrenia or other mental issues).

“Psychosis is a diverse condition where everybody presents with different symptoms and a different biological profile. What was particularly interesting was that the participants who had abnormally high homocysteine levels at baseline were most responsive to the B-vitamin supplements, in terms of improvement in attention. The results of this study support a more personalised approach to vitamin supplementation in first episode psychosis, suggesting those with elevated homocysteine are likely to benefit most,” said one of the lead doctors on the study.

In my opinion, this new study highlights the important role good nutrition plays in keeping us healthy. If you are not sure whether your B-vitamins are optimal, you might consider taking routine nutrient tests to determine if you have any nutrient imbalances. If you do, a competent healthcare professional can work with you to make the necessary dietary changes and/or recommend quality supplementation.