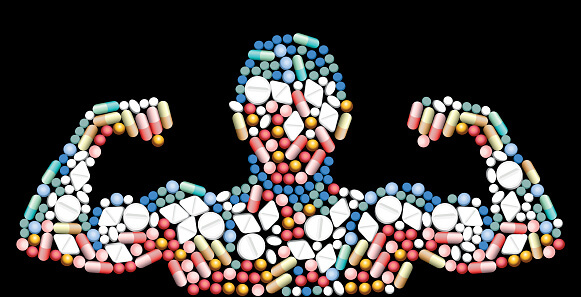 Meegan Hefford was a 25-year-old bodybuilder competitor and mother of two. She seemed to be the perfect picture of health. As she prepared for an upcoming competition, Hefford visited the gym religiously and maintained a strict diet that included egg whites and protein supplements.

Hefford reportedly told her mother she had been feeling “weird” and tired. Her mother told her she should take it easy, but it was too late. Hefford was found unconscious in her apartment, and she was rushed to the hospital. She was declared brain dead and died two days later. The cause of death is believed to be due to urea cycle disorder.

So what is urea cycle disorder?

In a nutshell, it is a genetic disorder that makes it difficult for a person to metabolize the waste products of protein.

According to the National Urea Cycle Disorders Foundation (NUCDF), the disorder is “caused by a mutation that results in a deficiency of one of the six enzymes in the urea cycle. These enzymes are responsible for removing ammonia from the blood stream. The urea cycle involves a series of biochemical steps in which nitrogen, a waste product of protein metabolism, is removed from the blood and converted to a compound called urea in the blood. Normally, the urea is transferred into the urine and removed from the body. In urea cycle disorders, the nitrogen accumulates in the form of ammonia, a highly toxic substance, resulting in hyperammonemia (elevated blood ammonia).”

Hyperammonemia may cause brain damage, coma and death.

The severity of the diseases varies and, as a result, may go undiagnosed in some cases.

“Adults often go undiagnosed because they have mild urea cycle disorders which allow them to produce enough of the urea cycle enzymes to effectively remove ammonia until a stressor interferes with enzyme function, or causes massive amounts of ammonia to be produced. These adults may have subtle symptoms in their lifetime that go unrecognized or unheeded,” NUCDF reports.

In the unfortunate case of Hefford, the stressor of excessive protein intake through diet and supplements is what likely caused her death.

“Seemingly normal adults with undiagnosed urea cycle disorders may present at emergency rooms with staggering, confusion, combativeness and disorientation that is mistaken for alcohol or drug intoxication,” NUCDF says.

Along with excessive protein intake, other stressors of urea cycle disorder include the following:

How common is urea cycle disorder?

This makes it seem like this disorder is rare, but “[b]ecause many cases of urea cycle disorders remain undiagnosed and/or infants born with the disorders die without a definitive diagnosis, the exact incidence of these cases is unknown and underestimated. It is believed that up to 20% of Sudden Infant Death Syndrome (SIDS) cases may be attributed to an undiagnosed inborn error of metabolism such a urea cycle disorder,” NUCDF reports.

Although there is no cure, a liver transplant corrects the disorder in most cases. But getting a transplant for a vital organ is easier said than done.

Whole Genome Sequencing is an option. Discovering you have defective genes is not a bad thing. You can use this information to be proactive about hyperammonemia and take steps to avoid the consequences.

There are also some basic tests that may help diagnose urea cycle disorder. These include blood ammonia, plasma amino acids and urine organic acids. These laboratory tests measure substances that reflect how well the urea cycle is working.

If you are a fitness competitor or making drastic changes to your diet, it is especially important to incorporate the above testing as well as get nutritional testing to know the levels of essential nutrients such as protein, vitamins and minerals in your body.

To learn more about treatment options for urea cycle disorder, including supplements for removal of ammonia from the bloodstream, click here.

In my opinion, the best way to be proactive about your health is to know what is going on with your body - no matter how good you look or feel.

An informed healthcare consumer is a healthy consumer. Always do appropriate research, and ask your doctor informed questions. Never be afraid or intimidated to ask any questions you may have.