Why Some Children Have Too Little Vitamin A, While Others Have Too Much 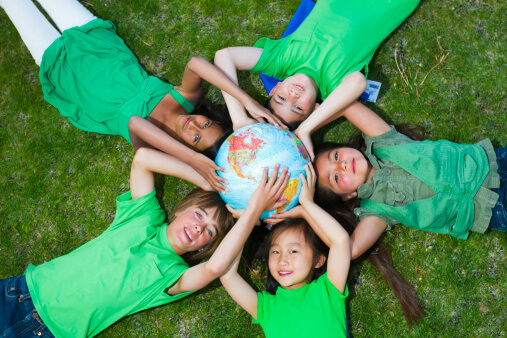 It may not be happening as much here in our own backyard, but millions of children around the world are fighting for their lives as they suffer the consequences of being deficient in a critical nutrient -- vitamin A.

In many developing countries, children living in poverty are malnourished and have nutritional deficiencies due to a lack of access to food diversity. Supplementation is generally used to help combat this.

According to the United Nations International Children's Emergency Fund (UNICEF), “Vitamin A supplementation (VAS) has been a cornerstone of early childhood nutrition programmes for more than two decades.”

“Vitamin A deficiency is a major contributor to the mortality of children under five. Improving the vitamin A status of deficient children through supplementation enhances their resistance to disease and can reduce mortality from all causes by approximately 23 percent.”

Child or adult, we all need vitamin A.

“Vitamin A is involved in immune function, vision, reproduction, and cellular communication,” according to the National Institutes of Health (NIH).

“Vitamin A is critical for vision as an essential component of rhodopsin, a protein that absorbs light in the retinal receptors, and because it supports the normal differentiation and functioning of the conjunctival membranes and cornea.”

(One of the top causes of preventable blindness in children is vitamin A deficiency).

According to the NIH, vitamin A also supports cell growth and differentiation which means that it plays a critical role in the normal formation and maintenance of the heart, lungs, kidneys and other organs.

UNICEF states that  “vitamin A supplementation saves lives. In settings where under-five mortality is high and vitamin A deficiency is a public health problem, two high-dose supplements of vitamin A per year, spaced four to six months apart, can strengthen children’s immune systems and improve their chances of survival.”

For example, in 2016 “only 64 percent of children in need in priority countries were reached with two doses of vitamin A, leaving more than 140 million children behind.”

What areas are especially impacted?

According to UNICEF, “The global prevalence of vitamin A deficiency in children under age 5 has declined from about 39 percent to about 30 percent over the past two decades. However, progress has not been seen in South Asia and sub-Saharan Africa, where today, vitamin A deficiency still affects around 44 percent and 48 percent of children under age 5, respectively. More than 95 percent of vitamin A-related measles and diarrhoea deaths occur in these regions.”

This is certainly a global public health crisis. And it made me think about how lucky most American children are, as they usually have access to food diversity, vitamin-fortified foods and quality supplements that are easily accessible. In other words, many of our children do not suffer from severe vitamin A deficiencies.

But then this got me thinking...Are children in the United States consuming too much vitamin A?

Nutrients are good for you, so it’s easy to forget or not realize that too much of a good thing like nutrients may be damaging. Remember, children do not need as high of a nutrient intake as adults do. But some American children are eating vitamin-fortified foods that are geared more towards an adult’s recommended nutrient intake.

For example, one report discusses how the Environmental Working Group (EWG) studied thousands of fortified cereals and snack bars and found that many of these products contained substantially higher amounts of vitamin A, niacin and zinc.

“The fortification is especially concerning among children, since the values are set for adults, who are physically larger and need more of the nutrients,” according to the report.

“The authors say that such excess isn’t as much a problem for children who eat more fresh and unprocessed foods. But in the average U.S. diet, earlier studies documented that 45% of children under 8 years old get too much zinc, 13% eat too much vitamin A and 8% get excessive amounts of niacin from their food alone.”

So to reiterate, feeding your children fresh fruits and vegetables and limiting their intake of processed foods is the way to go. For breakfast, consider skipping the fortified cereals and maybe do oatmeal or make a fruit smoothie instead. You can also be proactive by always reading nutrition labels, especially when buying items like bread, milk and infant formula (which are all often fortified).

It has been suggested that parents “stay away from products that contain more than 20% to 25% of daily values for vitamin A, niacin and zinc” to avoid overdosing their kids.

Vitamin A is a fat-soluble vitamin, meaning you cannot rid your body of excess amounts through your urine like you would be able to do with water-soluble vitamins. The term for having too much vitamin A stored in the body is called hypervitaminosis A, also called vitamin A toxicity.

“Studies have shown that too much vitamin A can contribute to liver damage, brittle nails and hair loss.”

And according to one source, “[M]ore than 75% of people who eat a western diet are getting more than enough vitamin A and do not need to worry about deficiency.”

So how much vitamin A should your child have?

According to the NIH, recommended dietary allowances (RDAs) for vitamin A are:

I don’t want you to have a fear of vitamin A because it is so critical to our children’s health, but it is important to be mindful of any multivitamins you are giving your children and any fortified foods they may be eating. At the next visit to the pediatrician, bring your child’s multivitamins and discuss them with the doctor to make sure these are the best fit for your child.

For a list of foods rich in vitamin A, read here. You may be surprised by some of the foods listed.

The only way to definitively determine if your child is nutritionally balanced, is to have your child undergo a nutrient test. This test will let you know if your child is deficient or has too much of any of the essential vitamins and minerals.

To help with the vitamin A supplementation crisis in other parts of the world, you can support organizations like UNICEF.

“Like many of the world’s best solutions, it’s simple – and affordable. For as little as 2 cents a dose, vitamin A supplementation can boost immunity and provide life- saving protection to some of the world’s most vulnerable children,” according to UNICEF.

Clearly there are some children who desperately need vitamin A, while there are others who will rarely experience a deficiency in this nutrient. Some may even be getting too much of it. At the end of the day, we just want children to be healthy and receive proper nutrition.