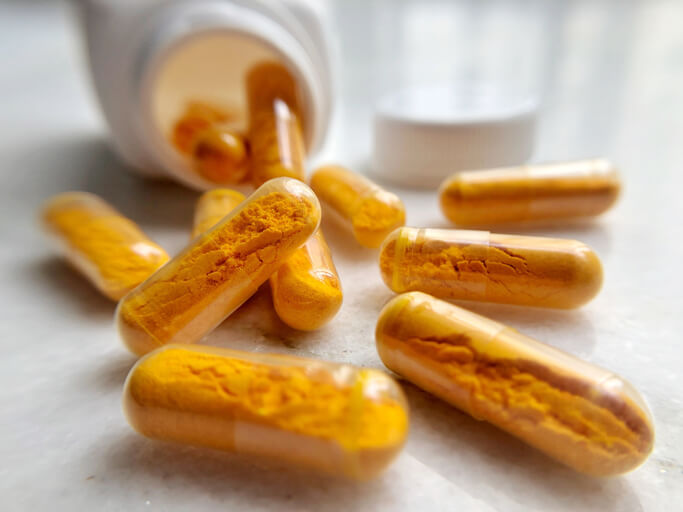 Turmeric, also called “Indian saffron,” is an aromatic spice and one of the ingredients used to make curry powder. Other than being a great flavoring agent, turmeric is praised for having immune-boosting and anti-inflammatory properties.

According to the National Center for Complementary and Integrative Health (NCCIH), “turmeric has been used in Ayurvedic medicine, primarily in South Asia, for many conditions, including breathing problems, rheumatism, serious pain, and fatigue.”

“Today, turmeric is used as a dietary supplement for inflammation; arthritis; stomach, skin, liver, and gallbladder problems; cancer; and other conditions.”

About eight months after taking turmeric, she took a blood test which showed that she had elevated levels of liver enzymes.

“An enzyme is a chemical that accelerates (speeds up) chemical reactions within the body. There are several enzymes in the liver, including alanine transaminase (ALT), aspartate transaminase (AST), alkaline phosphatase (ALP), and gamma-glutamyl transpeptidase (GGT). Elevated liver enzymes, found with a blood test, indicate inflamed or injured liver cells,” according to the Cleveland Clinic.

After undergoing further testing, the woman was diagnosed with autoimmune hepatitis. This is a condition in which the body’s immune system attacks the liver and causes inflammation and liver damage. There is no known exact cause of autoimmune hepatitis, but in the case of this woman it appears that her turmeric supplement may have played a role.

It wasn’t until three months after receiving her diagnosis that she quit taking the supplement. She finally told her doctors she had been taking turmeric (remember she was also on 20 other medicines and supplements). What prompted her to do this was her research on the Internet which disclosed that turmeric was linked to liver problems.

The main substance in turmeric is curcumin which is an anti-inflammatory and said to promote liver health.

One study found that curcumin eliminated the effects of leptin (a hormone produced by the body’s fat cells), which plays a crucial role in the development of liver fibrosis.

Although turmeric may help detoxify the liver and keep it healthy, it appears that ingesting high amounts of it in supplement form may be harmful.

The report detailing this woman’s story states the following:

To be clear, it has not been definitively determined that the turmeric supplement caused this woman’s liver disease. There are a variety of factors to consider. For example, “...the authors said that it's unclear whether turmeric compounds were indeed responsible for the liver problems in the woman's case. A sample of the product was not available to test, but it could be that contaminants in the product, rather than the turmeric itself, triggered the condition, the report said. Or, it may be that the combination of turmeric and other medications and supplements that the woman was taking led to the condition.”

However, the main takeaway from all of this is that you should consider consulting a competent healthcare professional before taking supplements, especially if you are already taking other supplements and other medications. You always want to try to avoid a drug interaction.

Just because you can walk into any pharmacy or health store and buy any supplement that you want, doesn’t mean that you should take a supplement without getting competent professional advice. In some instances, you may even need to undergo a comprehensive nutrient test to determine exactly what nutrients you may be deficient in. And this will tell you what supplements you may need or changes to your diet you can make.

For example, it’s pretty much common knowledge that vitamin C is great at helping protect the immune system. This doesn’t mean that you should freely take all the vitamin C supplements flooding the supplement aisle at Whole Foods. Too much of a good thing, like even vitamin C, can be bad. There is evidence that “significant amounts of vitamin C can increase the risk of kidney stones and elevate uric acid and oxalate because it acidifies urine.” So it is important to maintain a balance of all essential nutrients. You do not want to have a nutrient deficiency or too much of any nutrient.

Now this does not mean that you should pull the turmeric from your spice rack. The woman was taking turmeric in supplement form at a much higher dose than if you were to cook with this spice. If you do, however, have liver disease, are pregnant or have any existing health issues, it is always advisable to talk to a competent professional about what foods, spices and herbs you should include in your daily diet.