Are cell phones harming your children? 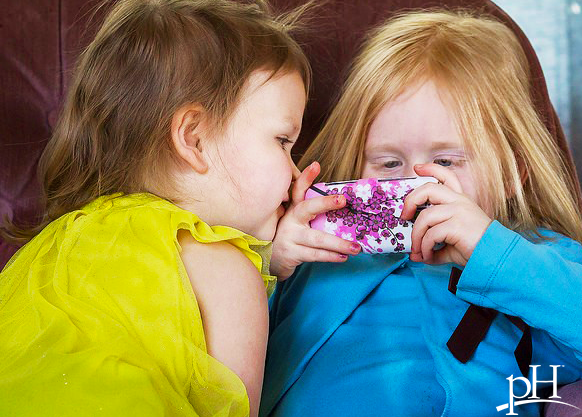 For most people, cell phones are an integral part of daily life. And there’s an app for everything, from business productivity to video chatting and from laundry services to ride sharing. It’s easy to stay connected all the time and it seems that’s exactly what people are doing. As of April 2014, there were over 328 million cell phones in use in the U.S. (yes, more than one cell phone for every man, woman and child), and that number is expected to continue to increase. It seems everyone in the family but the dog has a phone or even two.

But does all this cell phone use affect your health?

According to the National Cancer Institute, when a cell phone is used for 50 minutes at a time, brain tissue on the same side of the head as the phone’s antenna secrete more glucose than the other side of the head. While scientists are unsure what this excess glucose actually does, it does show there are potential health effects from cell phone use.

One of the most common concerns with cell phone use is whether it can cause cancer. Currently, there is no scientific evidence that can answer this question definitively but the International Agency for Research on Cancer has classified radiofrequency radiation from cell phones as a “possible human carcinogen.”

The potential health risks are especially a concern for those who are most vulnerable -- kids.

What about the kids?

Cell phones emit microwave radiation. This type of radiation is particularly harmful for children and unborn babies, according to the authors of a new study. This is because children and babies have more absorbent brain tissue, and their skulls are thinner. So they can absorb significantly more microwave radiation than adults – some studies say double the amount, and others say up to 10 times the amount.

Fetuses are particularly at risk because microwave radiation exposure can have degenerative effects on the protective myelin sheath, which surrounds nerves in the brain. The myelin sheath allows electrical impulses to transmit quickly between nerves, but when it’s damaged, these impulses slow down. This can cause diseases like multiple sclerosis.

There are also potential behavioral implications. A 2010 study of almost 30,000 children suggests exposure to cell phones while in the womb and after birth may be linked with a higher risk for behavioral problems by age 7. It’s important to keep in mind that these findings do not prove that cell phones are to blame for behavioral issues, but suggest they may be a factor.

What’s being done about the danger?

Countries such as Belgium, France and India are passing laws and issuing warnings about children using wireless devices. And it’s not just cell phones that emit radiation. Baby monitors and Wi-Fi children’s toys are of concern, too.

Currently, further research needs to be done on the health consequences of cell phones. There is no consensus on the issue, and studies seem to conflict. So for now, it’s best to proceed with caution, understanding what some of the potential risks may be for you and your family.

So what can parents do?

Clearly these devices have become an unavoidable part of everyday life. Even so, there are ways to use them more safely. Follow these strategies to reduce the amount of radiation you’re exposing yourself or your children to: