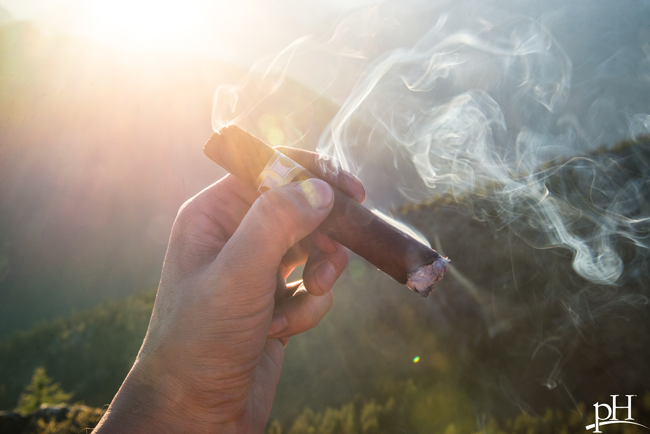 By Chuck Acquisto, Esq., of the Law Offices of Stephenson Acquisto & Colman

I remember a time when smoking was everywhere – movies, TV shows, commercials, magazine ads, billboards, airplanes, restaurants and ballparks. It was Don Draper’s world, and we just coughed our way through it.

Slowly, over time, the surgeon general’s dire warning of cigarettes causing lung cancer and other health-related issues resonated with the general public. Coupled with legislative action at the state and local levels, smoking became less of a future health risk and financial health care burden as Americans told the cigarette industry to kiss their butts goodbye.

But Big Tobacco, after spending decades expanding their market overseas, found a large loophole in the mountains of anti-smoking legislation to reach the most ideal audience: teenagers. What better market pool than kids who have a long lifetime of purchase power ahead of them, mixed with an air of invincibility?

According to CNN, a recent study of more than 100 video games found that 42 percent feature characters smoking cigarettes, e-cigarettes, cigars and other products, or make reference to those products. Conducted by researchers at the University of California San Francisco (UCSF) and published in the journal Tobacco Control, the study included 118 video games released between 1994 and 2015 that were rated by the Entertainment Software Ratings Board.

UCSF researchers asked 65 players, ages 13 to 50, to list their favorite games and recall how many of them depicted tobacco use. Participants in the study remembered playing 118 different games that are evaluated by the Entertainment Software Ratings Board. Game players remembered seeing tobacco featured in 31 percent of the games, but only eight percent of those games carried tobacco content warnings.

But outside of a few articles and opinion pieces, not much buzz has been generated in the mainstream media. As a father of two teenagers, this is troublesome given the tobacco industry’s past sins. Previous cigarette studies found that young people ages 12 to 17 who see the greatest amount of smoking in movies are about twice as likely to begin smoking, compared with their peers with the least exposure to smoking in movies. Unfortunately, much less is known about the effect of tobacco references in modern video games, theTobacco Control study states.

“We know video games are much more immersive [than movies] and frequently played by young people  … Those who play games spend even more time playing them than [time spent] on social media,” Robin Koval, CEO of tobacco-control advocate group Truth Initiative told CNN.

Dr. Brian A. Primack of the University of Pittsburgh, who has researched the effect of smoking in movies on teens, said to CNN, “The influence [of video games] might even be stronger [than movies], both because of large exposures from repeated play and because of the highly personal, active nature of video game play.”

What is of even greater concern is that video games popular with children and teens often feature characters that smoke even though few video game packages carry warnings about tobacco-related content. Many parents have no idea what characters even exist in the video games being played by their children. I admit, I am in this category.

Why is there danger, Will Robinson? Simply because most modern smokers try tobacco for the first time before they reach adulthood, according to the U.S. Centers for Disease Control and Prevention. Each day in the U.S. alone, more than 3,800 youth ages 18 and younger smoke their first cigarette, the CDC says.

While many factors, such as parents and peers, can influence whether children and teens reach for that first cigarette, popular video games and other mass media depicting tobacco in a favorable light can make the habit seem acceptable, if not cool. One has to wonder if the video game makers are in bed with Big Tobacco, accepting money for product placement in the hottest video games.

Somewhere out there, an aged Don Draper sheds a tear.