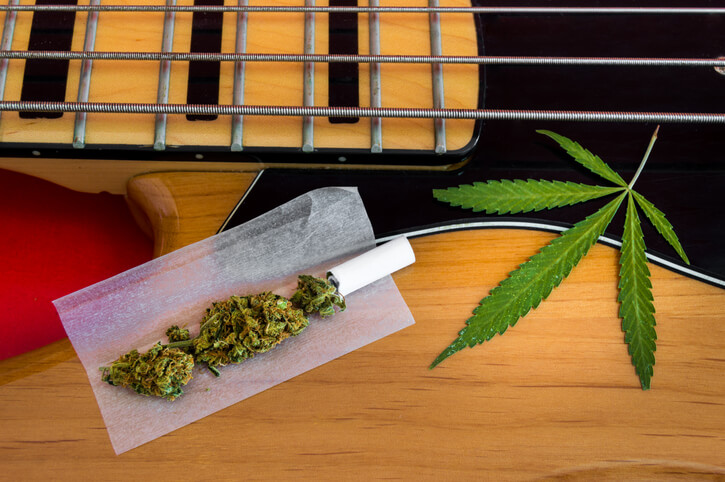 Country music icon Willie Nelson has always been known as a marijuana smoker. But recently, the 86-year-old announced that he has given up smoking weed.

“I have abused my lungs quite a bit in the past, so breathing is a little more difficult these days and I have to be careful," said Nelson in an interview, according to this report.

“I don’t smoke anymore. I take better care of myself today."

Nelson, who is currently touring, had to cancel shows back in August due to having breathing issues. He has a history of emphysema, which is a condition that can make it hard for you to catch your breath.

Reportedly, some other celebrities who have given up smoking weed include:

To be clear, Nelson gave up smoking weed but did not necessarily give up ingesting it. Of course, smoking is not the only way to consume marijuana. Edibles, such as cookies and candies, and capsules and tinctures are also popular and effective ways to use marijuana.

His publicist said that he has not completely given up cannabis.

In a recent interview with Rolling Stone, Nelson said that he basically stays high all of the time and shared that he may have chocolate that contains marijuana.

Regarding his marijuana consumption, Nelson said in the interview, “I wouldn’t be alive. It saved my life, really. I wouldn’t have lived 85 years if I’d have kept drinking and smoking like I was when I was 30, 40 years old. I think that weed kept me from wanting to kill people. And probably kept a lot of people from wanting to kill me, too — out there drunk, running around.”

I’m happy that Wilson has given up smoking in order to take better care of his lungs.

Marijuana has always been a controversial topic for me. It has been linked to accelerated brain aging, addiction, increased risk of accidents and more. And yes there are also prescription drugs which may have similar or other negative effects on our bodies. The relevant question in my mind when it comes to legal drugs is whether the risks outweigh the benefits.

I am, however, a big  and advocate of CBD (cannabidiol, a chemical extracted from the Hemp and marijuana plant).

There is some  confusion surrounding CBD. Some believe it will get you high like the better known cannabis molecule delta-9-tetrahydrocannabinol (THC), the main psychoactive compound in weed. But this is certainly not the case! Pure CBD is essentially devoid of THC and will not get you high. And you also do not have to smoke CBD.

CBD products are everywhere right now. You can find it in lotions, oils, tinctures, sprays, candy, even dog treats and more. Many scientists and medical professionals believe that the cannabinoid CBD may help fight inflammation and manage a wide variety of health issues such as chronic pain, sleep disorders, anxiety and even seizure disorders.

What’s interesting to me is that it appears that Nelson claimed marijuana saved his life because it caused him to be less anxious and calmed him down. One of the most well known benefits of CBD is helping with anxiety.

And then Lady Gaga (as mentioned earlier) was smoking weed in order to alleviate pain from a hip injury, but pain relief is another well known benefit of CBD.

The truth is that many of the issues that are being addressed with 'weed' may very well be addressed with pure CBD which does not provide a high. In fact, there are situations when THC may cause more damage to the body when used in conjunction with CBD.

Watch this recent video from Dr. Alysson Muotri about THC and CBD:

(Professor at the School of Medicine, University of California in San Diego since 2008)

So my advice to people who are using marijuana to self medicate for anxiety, pain, depression or any other issue, would be to speak with a competent healthcare professional about whether it is appropriate for them to incorporate pure CBD such as 1PURE into their proactive healthcare regimen in addition to adopting other healthy lifestyle habits such as eating healthily and exercising regularly.

How else can you be proactive?

If you are someone who suffers from lung issues like Willie Nelson, of course it is advised to not smoke. Also be aware of specific nutrients that may aid in lung health. And don’t forget to schedule routine nutrient tests in order to identify any nutrient imbalances or deficiencies you may have. If the test reveals you have too much or too little of a certain nutrient, a competent healthcare professional can work with you on making the necessary dietary changes and recommend quality supplements if necessary.

Finally, may I just say that if you suffer from chronic pain, treating it with alcohol or drugs will just make the pain worse in the long run. Along with looking into CBD, consider trying cryotherapy.