Game of Thrones Star Suffers 2 Brain Aneurysms. How You Can Be Proactive 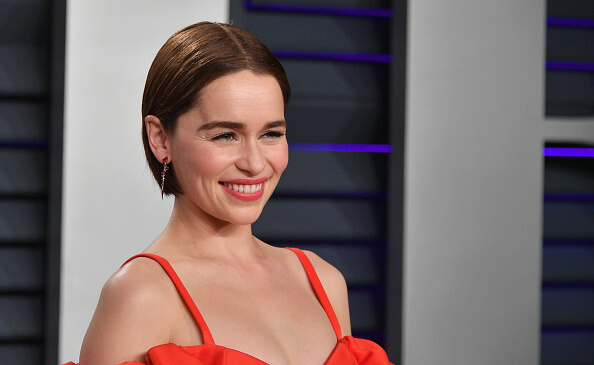 Game of Thrones Star Emilia Clarke, who plays Khaleesi “Mother of Dragons” on the hit tv show, recently shared a personal health battle that proves she is a fighter both on and off camera.

Back in 2011 after wrapping the first season of Game of Thrones, a then 24-year-old Clarke was simply trying to get in a workout with her trainer when things took a frightening turn.

“Then my trainer had me get into the plank position, and I immediately felt as though an elastic band were squeezing my brain. I tried to ignore the pain and push through it, but I just couldn’t. I told my trainer I had to take a break,” the now 32-year-old actress revealed in an interview from The New Yorker.

“Somehow, almost crawling, I made it to the locker room. I reached the toilet, sank to my knees, and proceeded to be violently, voluminously ill. Meanwhile, the pain—shooting, stabbing, constricting pain—was getting worse. At some level, I knew what was happening: my brain was damaged.”

From there, everything only got more frightening. She said everything became noisy and blurry, and she was taken to the hospital by ambulance. Her pulse was weak, and she was throwing up bile. Finally, doctors gave her an MRI (a brain scan).

“The diagnosis was quick and ominous: a subarachnoid hemorrhage (SAH), a life-threatening type of stroke, caused by bleeding into the space surrounding the brain. I’d had an aneurysm, an arterial rupture.”

She had suffered a brain aneurysm.

What exactly is a brain aneurysm?

A brain aneurysm, also called a cerebral aneurysm, is a weak or thin spot on an artery in the brain that balloons (bulges out) and fills with blood. This can put pressure on the nerves or brain tissue. Furthermore, the aneurysm can burst or rupture, overflowing into the surrounding tissue (this is called a hemorrhage).

“A ruptured aneurysm can cause serious health problems such as hemorrhagic stroke, brain damage, coma, and even death,” reports the National Institutes of Health (NIH).

(Know that in some cases, people have brain aneurysms that are very small and do not cause bleeding or complications. A small, unruptured brain aneurysm usually does not cause symptoms and are not detected until a person has a brain scan for some other health condition or reason).

“If you’ve been diagnosed with an unruptured brain aneurysm, your doctor will consider many factors before deciding whether you need treatment — and if so, what that treatment should be,” according to John Hopkins Medicine.

After her surgery, Clarke experienced cognitive issues such as difficulty remembering her full name.

“I was suffering from a condition called aphasia, a consequence of the trauma my brain had suffered,” she said.

She was sent to the intensive care unit, but, luckily, recovered after spending a total of one month in the hospital. Finally, the tenacious actress was back to filming Game of Thrones.

But Clarke’s brain was pretty much a ticking time bomb. The doctors who treated her discovered that she had a smaller aneurysm on the other side of her brain that could “pop” at any moment.

After first having an aneurysm, routine brain scans became part of her proactive plan. And in 2013, Clarke discovered from a brain scan that her smaller aneurysm had doubled in size. Again, she had to have brain surgery. Unfortunately, after this surgery she had some complications - a massive bleed  - and she had to have yet another surgery. The last surgery was more invasive. They had to go through her skull.

Fortunately, she fought and survived.

But how does something like this happen to a young, healthy woman?

Well, as you likely already guessed, there is no clear-cut answer to this question. But first, let’s take a look at some of the statistics about brain aneurysms from the Brain Aneurysm Foundation:

What are possible causes of a brain aneurysm?

There are many factors that may contribute to a person having a brain aneurysm. Some of these include:

There are also a lot of underlying health conditions or certain lifestyle habits that can increase your risk of having a brain aneurysm. For example:

Diet may be one of the best ways to help prevent many diseases, including aneurysms.

Eating a healthy, nutrient-rich diet in order to maintain a healthy blood pressure is one thing you can do to help prevent brain aneurysms. Make sure you include plenty of whole foods in your diet, such as fruits, vegetables, whole grains and legumes. These foods contain blood-pressure lowering nutrients such as calcium, potassium, magnesium, vitamin C and more.

It is also extremely important to moderate your intake of alcohol and caffeine, maintain a healthy weight and exercise regularly. And, of course, if you smoke, quit!

Finally, taking a comprehensive nutrient test to determine if you have any nutrient imbalances or deficiencies is imperative. People who are nutritionally balanced are overall healthier and have reduced risks of developing a myriad of health conditions, including high blood pressure and brain aneurysms.