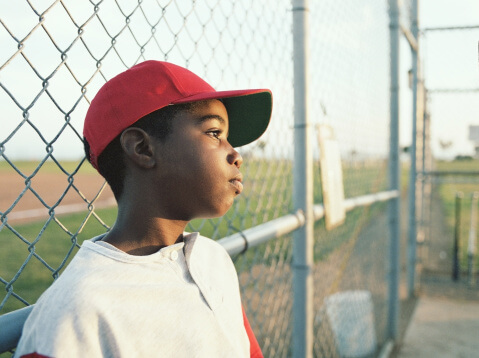 By Kyle Stephenson, A Millennial

I first started smoking cigarettes at the age of 13, and I was able to do it without my parents knowing. I took frequent showers, never smoked in the house and always made sure that I had enough cologne on hand to mask the smell.

Yes, I was told that cigarettes were bad for me.

I even watched those horrible commercials of how cigarettes destroy your health. But peer pressure at that age exerts a much greater influence than those scary commercials. Smoking was the cool thing to do.

And later in my life, it even became a coping mechanism, as I struggled with depression and weight gain. Smoking made me feel relaxed and calm, despite the many downsides.

When I smoked cigarettes, I coughed a lot, had some difficulty breathing and it was hard to even go on long walks. And the worst part was that I tried to quit many times, but I was unsuccessful. The withdrawals were terrifying. I had constant headaches and unbelievable cravings.

I was addicted to cigarettes as well as some drugs. And I will be the first to admit that I was a parent’s nightmare.

I finally managed to quit smoking for good last year as part of an overall change in my lifestyle. I’m now 25-years-old. I decided to get healthy, and this meant eating better and increasing my physical activity.

I now realize I started smoking at a time when running around and playing sports should have  been part of my adolescent experience. Little did I know that playing sports, particularly organized sports, was beneficial for young children and adolescents.

You see, I recently came across a video by a doctor who said that kids who get involved in organized sports have less emotional and behavioral problems, get into less trouble and have more confidence and increased coping skills.

And while I am not trying to find excuses for my troubled past, I am, as part of my therapy and growth, trying to better understand my history of behavioral problems and why I did the things I did as a kid.

And one of the things I did not do in my childhood was get involved in organized sports. As a result, it’s not surprising that I found this information about organized sports interesting.

So for me, there was more to my decision to start smoking.

Although my parents taught me to swim at the early age of 2, my school did not have a swim team. I was not among those 36 million kids (ages 5 to 18) in the U.S. who played on an organized sports team each year. I did not learn to ride a bike until I was 14 (I will talk about that in a separate blog). I never played football, baseball, basketball or tennis prior to the age of 13. I was too embarrassed to admit that to my peers.

I went to the gym between the ages of 15 to 18 to look good but not as a part of any organized activity. At the age of 13, I was simply self-conscious about playing sports, because I never thought I was good enough.

I believe this is why I made friends with the kids who partied and acted out.

The doctor I referred to earlier is Dr. James Hudziak.He supports organized sports for kids. And he is not doing this because he is trying to “create the next great athlete.”

He does it “because of the benefits of being in a goal-directed environment with peers who expect you to behave well with an adult other than your parent, trying to teach you goal-driven principles.”

Dr. Hudziak’s research along with that of other medical professionals has highlighted a number of benefits that playing sports may provide for children. For example, Hudziak suggested that, overall, children who play sports have less emotional and behavioral problems. They just get into less trouble. Some of the other benefits he discussed are below.

This may be due to the effect of physical exercise on the brain.

“Results from the NIDA-funded Monitoring the Future survey, for example, indicate that high school students who exercise regularly are less likely than sedentary teens to smoke cigarettes or abuse marijuana ("Lower Rates of Cigarette and Marijuana Smoking Among Exercising Teens"),” according to a report from the National Institute on Drug Abuse.

And there you have it. I was definitely a young adolescent and later teen who did not participate in organized sports, smoked cigarettes and abused drugs.

The report further went on to explain that the relationship between drugs and exercise may be indirect. “Perhaps students who choose to exercise tend to make healthy decisions in general. Initiation of substance abuse may also be countered by the support of teammates, coaches, and family; by other social aspects of participation in organized activities; and by the time management skills that active teens develop.”

I spent so much time fearing that my peers would judge me, when in reality, I probably would have received a lot of support on an organized sports team.

Sadly, having a poor body image is a major issue among our youth. Some kids as young as five may even be concerned about their body image. And honestly it’s no surprise, considering the unattainable images of perfection we constantly see in the media.

Early in my adolescent life, I definitely struggled with my body image. I would even avoid taking pictures of myself.

A study from the National Institutes of Health (NIH) found that the incidence of young children who were dissatisfied with their figures was greater among children who did not play organized sports.

But here is a major problem…

As children get older, most schools tend to only encourage the children who are actually good at sports to continue to play sports.

“This is overwhelming when you think of the fact that so many kids who enjoy exercise up to 12 or 13 have it taken away from them because of societal norms...environment mandates all of exercise behavior and being on teams up until age 13, but at age 13 it switches to genetic factors, and you start to think about only children genetically predisposed to exercise are on sports team from 13 or over,” said Dr. Hudziak.

In other words, only the best athletes are usually placed on organized teams after the age of 13. And age 13 is when kids are especially vulnerable to drugs or other destructive behaviors. This is exactly the age I started smoking and getting out of control.

But what if your kid just doesn’t like team sports?

While it may not be detrimental if your child does not want to be on a sports team, it is advisable that your child be physically active with individual sports like golf, tennis or track.

“Individual sports, such as archery or table tennis, may be particularly suited to developing self-reliance, self-discipline and personal goal setting,” according to one source.

And of course, don’t forget the importance of nutrition in being physically active!

I would not be where I am today without incorporating healthy physical activity and sports in my life as well as healthy eating habits. I eat a diet that mainly consists of whole foods and nutrient-dense, fresh fruits and vegetables. I learned a lot about healthy eating from my mom, who is a big advocate of making sure we get the right kinds and amounts of certain nutrients.

And finally, I get nutrient tests about 2 times each year. Drugs, like alcohol, and cigarettes took a lot of nutrients out of my body and added high levels of toxins like cadmium. I had to constantly monitor my nutrients to make sure I replaced the good nutrients, so I could have the energy to stay physically and mentally healthy. I also had to get rid of the toxins.

My goal in writing this blog is to help parents with kids who might not see the value in team sports.  Hopefully, they will learn something from my past mistakes. To read more about my personal journey to getting healthy, read here.

Stay tuned. There will be more!

Kyle Stephenson is a 25-year-old young adult who overcame addiction and obesity and has dedicated his life to helping others do the same.