If You Have HIV, Avoiding Alcohol May Be a Critical Part of Your Proactive Healthcare Regimen 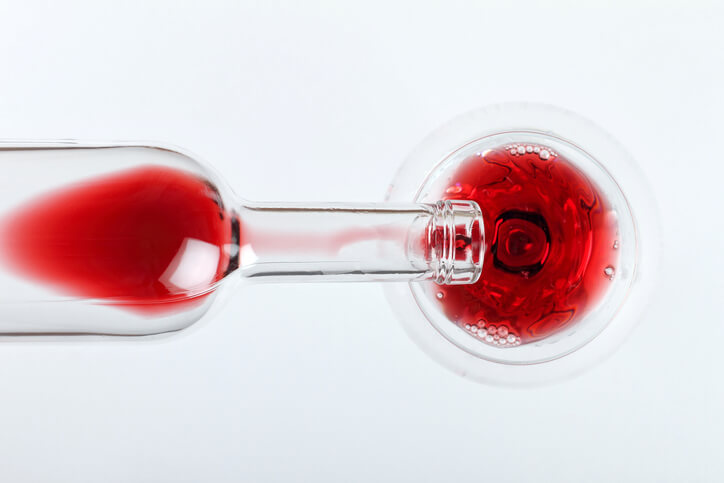 We’ve come a pretty long way in the fight against HIV (human immunodeficiency virus) when you consider that back in the 80s, being diagnosed with HIV basically meant a death sentence.

Now with the proper medication and a healthy lifestyle, HIV has become much more manageable. But if you have HIV, you really have to watch your alcohol consumption.

I’m not a fan of drinking too much alcohol. I just don’t tolerate it well. Booze just makes me want to go to sleep, and I don’t care for the general potential health consequences of drinking alcohol such as promoting inflammation throughout the body and depleting the body of essential vitamins and minerals, including zinc, vitamin C, magnesium, iron and more.

And in general, if you are battling any existing health issues, consuming excess alcohol might not be the best idea, especially if you have a disease that directly affects your immune system. HIV is definitely one of those diseases.

HIV, which reportedly around 1.1 million people in the United States are living with, weakens the immune system by destroying important cells that fight off disease and infection.

A recent study examined the effects of heavy alcohol consumption as it may relate to HIV and immune function.

“While it has been known that alcohol impacts immune function, it's been unclear the effect of alcohol on immune function in the context of HIV, a disease whose progression is dependent on immune dysfunction,” according to this report discussing the study.

The study was conducted by a research team from Boston University School of Medicine (BUSM). The researchers looked at specific biological markers (examples of biological markers are pulse or blood pressure) and “innate immune function,” which is “a kind of immune response that acts quickly and non-specifically to new infections and pathogens.”

The biological markers examined in the study were specific to immune function and included:

Basically, higher levels of the above biomarkers have previously been associated with a higher risk of death.

The researchers also took into account lifestyle behaviors and health conditions that could change the relationship between drinking alcohol and these biomarkers.

The results revealed that people who reported drinking more alcohol or showed that they had high PEth had higher levels of the biomarkers.

“The fact that heavy alcohol consumption was linked to elevated levels of these biomarkers, which are linked to mortality, suggests that alcohol may be contributing to mortality risk through immune dysfunction among people with HIV,” said one of the leads on the study.

What is especially noteworthy about this study is that they saw elevated levels of the biomarkers in young people who were HIV positive. And these young HIV positive people had a low occurrence of chronic inflammatory diseases that are often associated with aging, including diabetes, obesity and kidney disease. So this shows evidence that heavy alcohol consumption really wreaks havoc on the immune system of people with HIV.

There are still a lot of unanswered questions, and it’s important to note that this was an observational study. For obvious reasons, the researchers could not single out people with HIV, make them consume large amounts of alcohol and then see what the results were.

But if heavy alcohol consumption causes inflammation and has potential health consequences, such as developing depression and cancer in people who do not have HIV or other health issues, then it may very well be harmful to people with compromised immune systems such as those with HIV.

It really depends. Here are the general parameters (per the National Institute on Alcohol Abuse and Alcoholism) for a person who is HIV negative:

You also have to know the proper pour sizes for cocktails, beer and wine. Restaurants often over-serve us when it comes to alcohol, and it’s likely that the glass of wine you are pouring yourself at home is more than five ounces, which is the appropriate amount for one glass of wine.

Honestly, I think the limits per the National Institute on Alcohol Abuse and Alcoholism may not be restrictive enough. For example, I don’t agree with a woman having three drinks on a single day or a man having four. As I mentioned, alcohol depletes the body of essential vitamins and minerals that we all need to stay healthy. Not to mention, alcohol is really just empty calories and full of sugar. And if you are drinking more than two drinks per day and drinking on a daily basis, perhaps it's time to get to the root of why you are drinking this much.

Now, a person with HIV who drinks alcohol may want to consider having less than the limits defined above or no alcohol at all. It really depends on the person, because no case of HIV is the same. So if you are HIV positive, it is highly recommended that you seek the advice of a competent healthcare professional regarding your alcohol consumption.

Along with being mindful of alcohol consumption and seeking counseling, it is imperative that a person with HIV follow a nutrient-rich diet with plenty of fresh fruits and vegetables. Eating healthily may help boost the immune system and fight off infections, which people who are HIV positive are more prone to.

It is also extremely important to avoid smoking. For more tips, read here.

Put Your Probiotics Where Your Mouth Is

Be Proactive About Your Immune System 3 months ago
More Blog