One Way to Prevent Bacterial Infections in Newborns? Breast Milk! 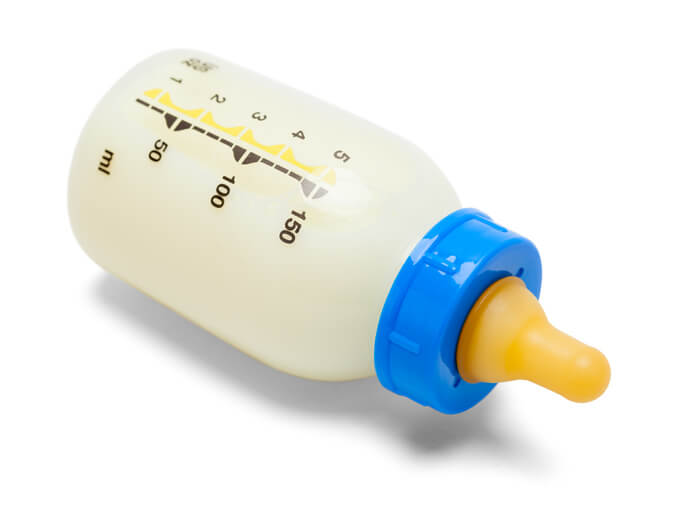 Whether women choose to breastfeed or not is a personal choice. And sometimes there are issues that may make breastfeeding very challenging. For example, a woman may have problems due to insufficient milk supply, the infant failing to latch on, mastitis (breast tissue inflammation usually caused by infection) and more.

But if you are a woman who is able to breastfeed and chooses to breastfeed, there is credible research to suggest that breastfeeding can benefit both mother and baby. I previously discussed how breastfeeding may lower a woman’s chances of developing postpartum depression. And the infants also benefit.

“Infants who are breastfed have reduced risks of asthma, obesity, type 2 diabetes, ear and respiratory infections, and sudden infant death syndrome (SIDS). Breastfeeding can also help lower a mother’s risk of hypertension, type 2 diabetes, and ovarian and breast cancer,” according to the Centers for Disease Control and Prevention (CDC).

And now, recent evidence has shown that there is a large amount of a specific compound present in breast milk that essentially acts as a natural antibiotic. Furthermore, this compound exhibits that it kills bad bacteria without wiping out the good bacteria (as most antibiotics readily available to us do).

Researchers at National Jewish Health and the University of Iowa identified the compound, according to one report discussing the study. They found that human breast milk contains more than 200 times the amount of GML that is found in cow’s milk, and infant formula contains no GML at all.

The good news is that GML is inexpensive to manufacture, and more research will determine if it can be a beneficial additive to cow’s milk and infant formula.

“While antibiotics can fight bacterial infections in infants, they kill the beneficial bacteria along with the pathogenic ones," said one of the lead doctors on the story.

“We think GML holds great promise as a potential additive to cows' milk and infant formula that could promote the health of babies around the world."

According to this source, “Neonatal infections are currently the reason for about 1.6 million deaths per year in the developing world, and the first cause of newborn mortality is infection.”

The researchers who analyzed GML in human breast milk discovered that the GML in the milk can inhibit the growth of harmful bacteria such as:

They also tested cow’s milk and infant formula and found that the two did not inhibit growth of the harmful bacteria mentioned above.

To further test their findings, the researchers removed the GML from a supply of human breast milk. The results showed that doing this caused the breast milk to lose its power to fight the staph bacteria. And when they added GML to cow’s milk, “it became antimicrobial.”

“The researchers also showed that GML inhibits inflammation in epithelial cells, which line the gut and other mucosal surfaces. Inflammation can damage epithelial cells and contribute to susceptibility to both bacterial and viral infections,” according to the study report.

So I suppose this all means that new mothers might want to really consider breastfeeding if they are able to do so. If you are a new mom struggling with breastfeeding due to issues such as breast tissue inflammation and trouble with your infant latching on, speak with a competent healthcare professional on ways you can possibly overcome these issues.

It is also well documented that certain nutrients including vitamin D, folate, calcium, magnesium and iron are under-consumed in the United States. These are all nutrients which are beneficial for breast milk production. Below are a few foods you can include in your daily diet to help you consume adequate amounts of these vital nutrients:

Maintaining nutritional balance is also key. Take routine nutrient tests in order to determine if you have any nutrient imbalances or deficiencies. If you do, a competent health care professional can work with you on making the necessary dietary changes and recommend quality supplements you can take if necessary.