Marijuana Isn’t as Harmless for Those Under 25 as You Think. Here are Some Startling Finds 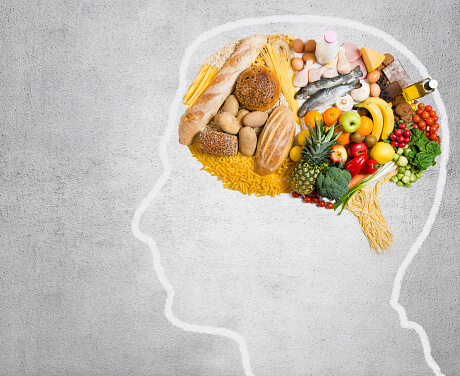 A recent national drug use survey suggests an increase in the rates of marijuana use among senior high school students in the United States. Six percent of 12th graders, or 1 in 16 high school seniors, report daily use.

This information should be concerning to all of us - especially parents. Marijuana is now legal in a majority of states and may lead to the growing belief that marijuana is harmless. But this could not be further from the truth. Research clearly documents the grave effects marijuana has on our youth.

This failure of adolescents to see the risks of marijuana use may very well be due to our failure as adults to properly educate our children about the risks associated with marijuana use. Many of us do not have to look outside our own families to see the toll marijuana has taken on the lives of our teenagers and young adults. We have all seen the decline in school performance, dropouts from high school or college, unsuccessful efforts to quit usage and the giving up of friends and family in favor of using marijuana. These are all well known side effects of adolescent use of marijuana, and there are more according to the Centers for Disease Control and Prevention (CDC).

And a myriad of credible research supports the conclusion that regular or heavy use of marijuana may have permanent effects on the developing brain when the use begins in adolescence.

”A recent meta-analysis of neuroimaging studies demonstrated that chronic cannabis users have deficits in the prefrontal cortex, a part of the brain that inhibits impulsive behaviour,” according to a recent Canadian study.

Marijuana is widely used as an intoxicant in adolescence, and ”teens who engage in heavy marijuana use often show disadvantages in neurocognitive performance, macrostructural and microstructural brain development, and alterations in brain functioning,” according to the National Institutes for Health (NIH).

Unlike adults, the teen brain is actively developing and often will not be fully developed until the mid 20s. Marijuana use during this period may harm the developing teen brain.

In one study, adolescents who smoked pot as early as 14 did worse by 20 on some cognitive tests and dropped out of school at a higher rate than non-smokers.

“In general, those who started early already had poor short-term memory and poor working memory (that is, the ability to store information such as a phone number long enough to use it, or follow an instruction shortly after it was given),” according to study notes.

"The results of this study suggest that the effects of cannabis use on verbal intelligence are explained not by neurotoxic effects on the brain, but rather by a possible social mechanism: Adolescents who use cannabis are less likely to attend school and graduate, which may then have an impact on the opportunities to further develop verbal intelligence,” says one of the lead researchers.

And the dangers of marijuana use go far beyond impairing a child’s ability to learn. It may even lead to some very scary behavior.

Sustained use of cannabis is associated with an increase in violent behavior in young people.

More recently, researchers from Warwick Medical School found that adolescent use of marijuana may increase the likelihood for future hypomania - periods of elated mood, over-active and excited behaviour and reduced need for sleep that are often experienced as part of bipolar disorder.

Reportedly, this is the first study to test the future association between adolescent marijuana use and hypomania in early adulthood, “while controlling for a range of environmental risk factors, other substance use and associated psychopathologies.”

After a thorough review of various studies of adults over 18 years of age who had used marijuana as adolescents, researchers concluded marijuana use “worsens manic symptoms in those with pre-existing bipolar disorder, and might also contribute to the genesis of manic-type symptoms in those with no pre-existing bipolar disorder.”

So how can we be proactive other than talking to our kids about the consequences of using marijuana?

Well, like with most things regarding health, nutrition can play a key role. Good nutrition is critical in keeping a healthy, well-functioning brain.

“Previous research has shown a strong correlation between long-term schizophrenia and various nutritional deficiencies including vitamins B, C, D, and E,” according to study notes.

The results revealed that “early psychosis is associated with large deficits in blood levels of critical nutrients, with particularly low levels of vitamin B9 (folate) and vitamin D. Furthermore, these nutritional deficiencies were found to be associated with worse mental health in young people with early psychosis.” Visit this link to learn more about the importance of B vitamins.

Furthermore, marijuana use may impact our ability to make good nutritional and healthy lifestyle choices.

Along with ensuring your child avoids using marijuana and eats a healthy diet with plenty of fruits and vegetables, it is highly recommended to have your child undergo a comprehensive nutrient test. By completing this test, you can determine if your child has any nutrient deficiencies or imbalances. From there, you may need to tweak your children’s diet or have them take quality supplements to ensure they are getting all of the essential nutrients they need to keep their brains and bodies in their healthiest states. (To learn more about “brain foods,” click here).