Men: Here’s How to Make Sure You Remember Her Birthday 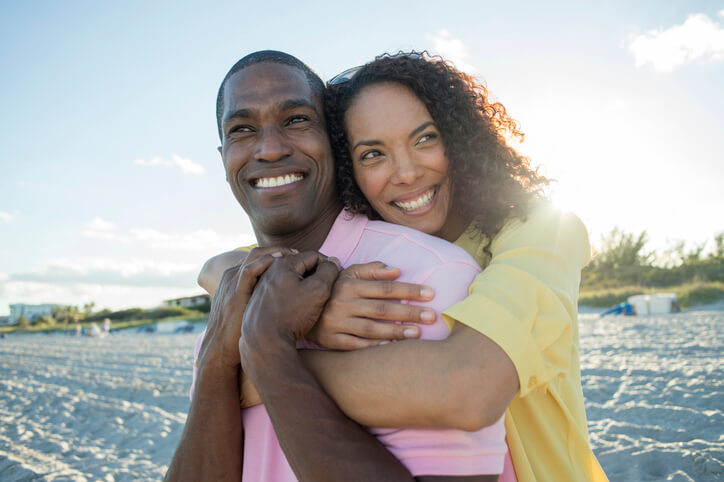 If we are lucky enough to grow old, we will experience some form of physical and mental decline. For example, we may not be able to move around as quickly as we did before. We may even forget things we used to remember.

The good news is that if we are proactive about our health, we may be able to slow this decline in physical and mental health. For example, following a healthy lifestyle may not only delay the decline associated with aging, but it may also help prevent the development of life-threatening diseases such as cancer, cardiovascular disease and Alzheimer's (one of the most well-known forms of cognitive impairment).

“Cognitive impairment ranges from mild to severe. With mild impairment, people may begin to notice changes in cognitive functions, but still be able to do their everyday activities. Severe levels of impairment can lead to losing the ability to understand the meaning or importance of something and the ability to talk or write, resulting in the inability to live independently,” according to the Centers for Disease Control and Prevention (CDC).

More than 16 million people in the United States are living with cognitive impairment. Furthermore, a new estimate says that 46 million Americans may be on the road to developing Alzheimer's.

In addition to this, a 2012 study published by the American Academy of Neurology (AAN), found evidence that men are at a higher risk of memory loss than women. And memory loss can be a sign of Alzheimer's or dementia.

“Men may be at higher risk of experiencing mild cognitive impairment (MCI), or the stage of mild memory loss that occurs between normal aging and dementia, than women,” according to a report about the study.

And now, a new study that took place over a 20-year period involving men and tracking foods they ate revealed that certain dietary choices may have a significant impact on whether they suffer from memory loss and other forms of cognitive impairment.

In addition to questioning the participants about diet, participants also took subjective tests pertaining to their thinking and memory skills at least four years before the end of the study.  (at this time the average age of the men was 73).

The study examined 27,842 men (average age was 51 at the beginning of the study). Interestingly, all the men involved were health professionals such as dentists, optometrists and veterinarians. The researchers chose men in these professions because they were likely to have high cognitive function at the start of the study.

At the beginning of the study, the men completed questionnaires about how many servings of fruits, vegetables and other foods they had each day. They then completed the same questionnaire every four years for 20 years.

“The test is designed to detect changes that people can notice in how well they are remembering things before those changes would be detected by objective cognitive tests. Changes in memory reported by the participants would be considered precursors to mild cognitive impairment.”

So it appears that the earlier you adopt healthy eating habits, the more power you will have in preserving the health of your brain. Fruits and vegetables are nutrient-dense. They are rich in nutrients we need, such as vitamins and minerals. And some nutrients, like the mineral magnesium, may aid in cognitive function.

Some other nutrients that may help with brain health include:

Male or female, being nutritionally balanced will help keep you healthy as you age both mentally and physically. And this is why I always stress taking routine nutrient tests. If you discover you are not nutritionally balanced, a competent healthcare professional can work with you on adjusting your diet and possibly recommend quality supplements you can take.

You can read more about minerals that may help with brain health in Minerals - The Forgotten Nutrient.