Parkinson’s Adds Another Great to Its List- Be Proactive 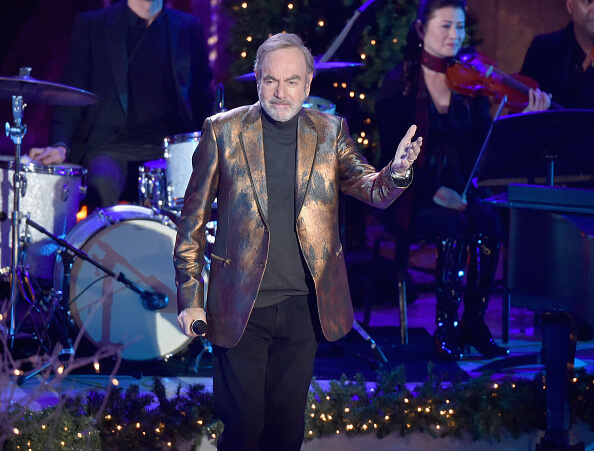 Singer Neil Diamond kicked off his 50 Year Anniversary World Tour in April of 2017. The 77-year-old Grammy winner and Rock & Roll Hall of Fame inductee was going strong and giving fans what they wanted, stellar performances with his greatest hits like “Sweet Caroline” and “America.”

But on Monday, January 22, 2018, Diamond announced his retirement from touring after discovering he has Parkinson’s disease.

“It is with great reluctance and disappointment that I announce my retirement from concert touring. I have been so honored to bring my shows to the public for the past 50 years,” Diamond said in a statement.

“My sincerest apologies to everyone who purchased tickets and were planning to come to the upcoming shows.”

As sad as this story is, I was moved to hear that many of Diamond’s fans are donating their refunded concert ticket money to Parkinson’s research.

An estimated one million Americans are living with Parkinson’s, including “Back to the Future” actor Michael J. Fox.

Robin Williams was diagnosed with Parkinson’s before he committed suicide in 2014 (this disease may increase the risk of depression).

(“A direct link from Parkinson's to sepsis is a long jump. However, there are several features of Parkinson's -- especially later in the course of the illness -- that can place a patient at higher risk for [developing] an infection, which can get into the bloodstream and cause them to become septic," said Dr. Michael S. Okun of the National Parkinson Foundation, who was quoted in this CNN report).

And Janet Reno, who was the first woman to become attorney general of the United States, died of complications from Parkinson’s disease in 2016.

Parkinson’s itself may not be fatal but complications, such as dementia and difficulty swallowing, can lead to death.

More than 10 million people worldwide reportedly have this disease.

So what is Parkinson’s disease?

There is some evidence that genes play a role in the development of this disease. Approximately 15% of people with this disease have a family history of this condition.

Another disease, manganism, is usually confused with Parkinson’s disease. Manganism is a condition of Parkinson’s-like symptoms caused by too much manganese in the body or by a problem in the body’s ability to get rid of extra manganese. The extra mineral settles in a part of the brain that controls movements and exerts toxic effects on brain chemicals, like dopamine. Manganism usually happens around people like welders who work around manganese in industrial settings.

So how can you be proactive about Parkinson’s disease?

To the extent that Parkinson’s disease is a result of reduced dopamine, it may be necessary to ensure that you have a balanced diet that includes those nutrients necessary for dopamine production.

Research suggests it is also important to eat a diet rich in phytochemicals.

“The health benefits associated with the intake of phytochemicals present in fruits and vegetables leads to decreased functional decline associated with aging and may slow the progression of PD,” reports the National Institutes of Health (NIH).

Some nutrients that may help slow the progression of PD include:

Note though that in Parkinson’s patients, zinc and iron are increased and copper is decreased in an area of the midbrain called the substantia nigra. However, there is no credible evidence that zinc or iron consumption would protect against the disease.

Some medical experts say that taking ibuprofen may be a good preventative measure, as this may reduce inflammation in the body. As always, speak with your doctor before taking any medications whether it is for prevention or treatment.

Any foods you should be avoiding?

Some studies suggest dairy consumption may increase the risk for Parkinson’s, but more research is still needed.

It is always recommended to get a comprehensive nutrient test at least annually, so that you can determine if you need more or less of any essential vitamins, minerals, fats and other nutrients. Depending on your results, you may have to tweak your diet and/or take good quality supplements.

It is also important that you are aware of any medications you are taking (both prescription and over-the-counter), as these may deplete vital nutrients from your body as well.