There’s Nothing Fake About the Problem with Fake Marijuana 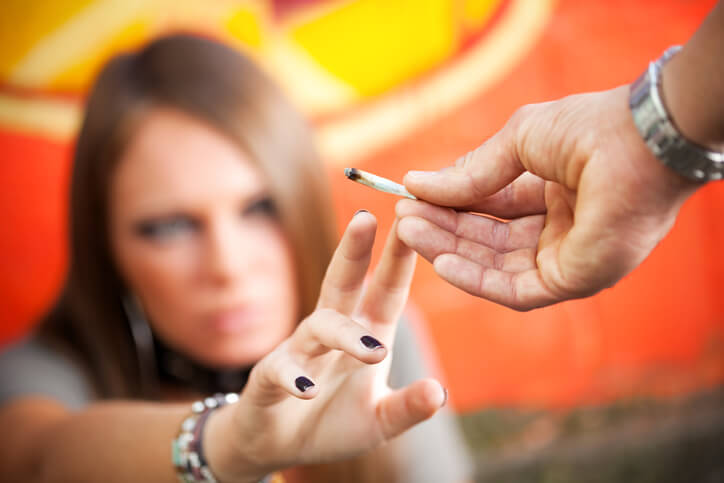 We’ve previously discussed drug use problems in the United States, such as the opioid crisis, cocaine and the recreational use of marijuana. And now, unfortunately, you need to be aware of another major drug issue - Fake Weed!

More formally referred to as synthetic cannabinoids or synthetic marijuana, these drugs “are human-made mind-altering chemicals [which provide a similar high to using regular marijuana] that are either sprayed on dried, shredded plant material so they can be smoked or sold as liquids to be vaporized and inhaled in e-cigarettes and other devices. These products are also known as herbal or liquid incense,” according to the National Institute on Drug Abuse.

(Along with Fake Weed, street names for these drugs include K2, Spice, Kush, Bombay Blue, Red Magic and more).

“Mind-Altering Chemicals?” What Exactly Are in Synthetic Cannabinoids?

Well, it depends. And we may not really know.

“It is hard to know what the products contain or what your reaction to them will be,” says the Centers for Disease Control and Prevention (CDC).

It has been proven, however, that some synthetic marijuana products are laced with a material found in rat poison.

A recent statement from the FDA reads, “The U.S. Food and Drug Administration has become aware of reports of severe illnesses and deaths resulting from the use of synthetic cannabinoid (marijuana) products that have been contaminated with brodifacoum, a very long-acting anticoagulant commonly used in rat poison.”

Anticoagulants are blood thinners. If not administered properly, they may cause excessive bleeding.

Reportedly, this past July, a 33-year-old woman in Wisconsin died after ingesting synthetic cannabinoids that contained rat poison. In addition to this tragic case, the deaths of four people in Illinois have been connected to using synthetic marijuana containing rat poison.

“The rat poison reduces vitamin K in the body, which is responsible for helping blood to clot in healthy ways. Without it, there can be heavy internal and external bleeding, from bruises to coughing up blood,” according to one source.

According to one report , to treat the bleeding, doctors use “high doses of vitamin K, up to 30 tablets a day for up to six months, which can help restore the blood's ability to clot.”

The Use of Synthetic Marijuana is No Small Problem. It’s an Epidemic.

And it’s not just the possibility of ingesting rat poison that makes these drugs so dangerous.

Reportedly, “even without rat poison, synthetic cannabinoids can cause sickness, rapid heart rate, confusion and hallucinations. The molecules take a stronger grip on cell receptors than the THC in marijuana and are more dangerous.”

“Illnesses from fake marijuana have increased in recent years; a CDC report noted at least 456 cases between 2010 and 2015. The products are up to 100 times more potent than the active ingredient in marijuana and severe reactions have included seizures, coma and delirium,” according to a report from USA Today.

And what is even more disturbing is that it is attractive to young people and pretty cheap. More importantly, using synthetic marijuana will not cause a person to fail their drug test as they would if they smoked regular marijuana.

So How Can We Be Proactive?

I think the first step in being proactive is getting the knowledge. I didn’t really know much about synthetic marijuana until recently. And if reading this is the first time you’ve heard about it, share this knowledge with your family and friends. We have to educate ourselves and our children about issues such as these.

Nutritionally, we now know that fake marijuana has a negative effect on a very important nutrient - vitamin K. Insufficient vitamin K may lead to severe bleeding and death. This is a serious issue, and it behooves us to have an open discussion with our kids about this issue. It may encourage them to make better choices.