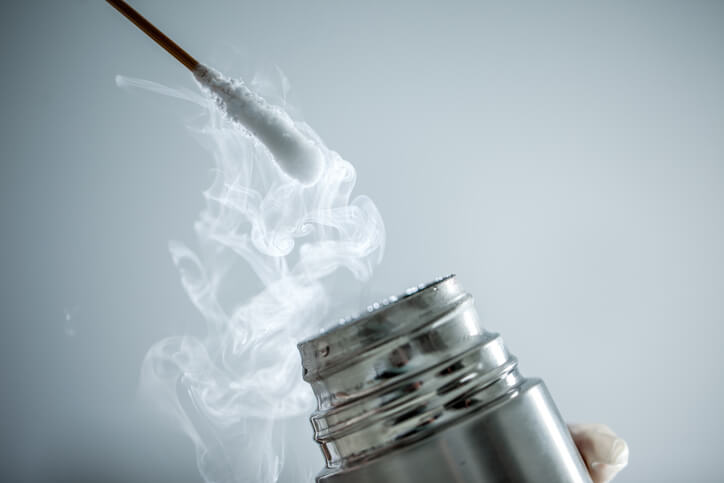 As a mother, I find the following story pretty terrifying:

The mother in this article discusses her experience with having her teenage son’s wisdom teeth pulled. Before the procedure was even done, the dentist prescribed her son Percocet, an opioid.

Opioids are a type of prescription drug that doctors sometimes prescribe for acute or chronic pain. Some of the more common ones include methadone, oxycodone (such as OxyContin®), hydrocodone (such as Vicodin®) and morphine. Percocet is oxycodone combined with acetaminophen (a common over-the-counter pain reliever and fever reducer).

(Fentanyl is a synthetic opioid that is significantly more powerful than other types of opioids. If it sounds familiar, you may recall that iconic singer Prince died of an accidental fentanyl overdose, according to his autopsy).

The mother discussing her son said that he filled the prescription for Percocet, however, did not feel that he needed anything stronger than ibuprofen. She did not discover this until a few years later.

“Three years later, I found an unopened bottle of Percocet — an opioid — in the back of a bathroom cabinet,” she wrote.

“I had no idea a dentist had prescribed my then 19-year-old the highly addictive pills. Likewise, until recently, dentists seemed to have had no idea they may have been helping to feed an epidemic that resulted in a record 70,237 U.S. drug overdose deaths in 2017.”

Luckily, her son did not feel the need to take the Percocet, but there are many people who take prescribed opioids after having dental work or some type of surgery. And, unfortunately, many of these incidents lead to addiction and sometimes death.

“It’s almost a rite of passage in the United States having your wisdom teeth out,” said an opioid researcher, referenced in the article mentioned earlier.

“The aggressive prescribing of opioids to adolescents may be why we’re in an epidemic.”

Dentists are some of the top prescribers of opioids in the United States.

A recent study in the American Journal of Preventive Medicine found evidence which showed that more than half of dental opioid prescriptions in America exceed the three-day supply recommended by the Centers for Disease Control and Prevention (CDC).

This is very concerning. As mentioned, there is an opioid epidemic in America. Recent data from the National Institute on Drug Abuse says that every day, more than 130 people in the United States die after overdosing on opioids.

The study conducted included extensive research by looking at a database consisting of almost 550,000 dental visits by adult patients between the years 2011 and 2015. This time period was before the CDC’s recommended guidelines for pain management were published in 2016.

Here are a few key points from the guidelines:

According to the report discussing the study, the researchers also found that in 2015, the amount of prescribed opioids that exceed the recommended amount of morphine increased.

“Nationally, this increase translates to more than 14 million additional hydrocodone tablets dispensed to patients after rescheduling hydrocodone to a schedule II drug.”

One of the co-investigators of the study, who is with the College of Dentistry at the University of Illinois at Chicago, said that the people who appear to be the most affected by this issue with overprescribing and overusing opioids for dental pain are men (18 to 34 years of age) who live in Southern U.S. and are being prescribed oxycodone. These men also appear to have a higher risk of addiction and overdose.

The researchers of the study “...recommend that individual dentists implement their own practice-specific guidelines, favoring ibuprofen plus acetaminophen and low-potency opioids for post-extraction pain management.”

Furthermore, “Using statistical modeling, investigators predict that overprescribing would decrease by more than 20 percent if oxycodone prescriptions were substituted with lower potency opioids (such as hydrocodone).”

Honestly, I think this could be a good start, but I also think we need to look at other pain management options besides lower-potency opioids.

For example, we might want to consider cryotherapy for dental pain management.

A recent study published by the National Institutes of Health (NIH) investigated the effect of cryotherapy (a type of cold therapy, which you can read more about here) as it relates to pain relief after having wisdom teeth removed.

The results of the study concluded that cryotherapy was effective in significantly reducing post operative swelling in third molar (wisdom teeth) surgeries.

Basically, the medical explanation was that “cooling causes an autonomic-mediated vasoconstrictive effect that reduces the edema [swelling] formation.”

And as we know, swelling usually comes with a lot of pain!

“The lower the temperature, the slower will be the activity of neutrophils [a type of white blood cell that helps heal damaged tissues and fights infections] that mediate proinflammatory inducers and cytokines, which determines the early local fluid accumulation, and consequent swelling.”

This is good news for the nearly 5 million people who have their wisdom tooth pulled annually.

I think that local cryotherapy (which targets a specific area of the body, unlike whole body cryotherapy) is a treatment all dental surgeons should recommend.

And if you’ve ever had a root canal, you know how miserable that experience can be!

But thanks to cryotherapy, we might have a better option than the agony of sitting through a typical root canal procedure as well as having so much pain after the procedure is done.

A doctor named James Bahcall is basically the creator of a procedure called Vital Pulp Cryotherapy.

“We place sterile ice, and that's the cryotherapy portion of the treatment, on this exposed pulp tissue [commonly referred to as the nerve of the tooth]. By placing the ice we lower the temperature of the blood nerve supply and this has clinically shown to reduce inflammation and post-treatment pain for the patient," Dr. Bahcall said, in this report.

Dr. Bahcall also said that most traditional root canal procedures can take up to two hours, while Vital Pulp Cryotherapy only takes 10 minutes.

This all exhibits the incredible abilities of cryotherapy. Strong, prescription drugs such as opioids are not always the best option when it comes to pain management. In the long-run, they can be very harmful, which is why it is so important to explore alternative options.

(Also know that you don’t need to be in pain to undergo cryotherapy treatments. Cryotherapy may be great for sports recovery, fat loss, combating fatigue and stress and so much more. To learn more and book your next appointment, click here).

Finally, don’t forget that diet plays a major role in pain management. You can read all about the nutrients, such as magnesium, zinc and vitamin C, you need to help alleviate pain, here.

And remember that vitamin C is known to speed up wound healing. So if you are about to have dental surgery, make sure you are getting plenty of vitamin C before your procedure.