Knowing About “Drunkorexia” Can Save Your Child’s Life 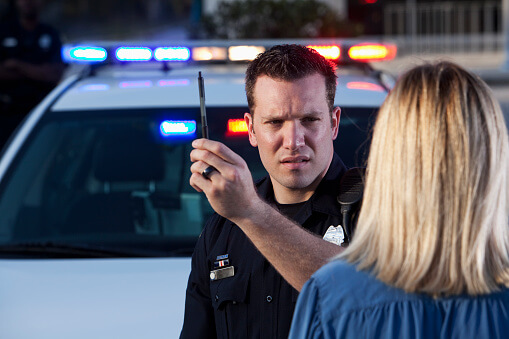 I learned about “drunkorexia” the hard way the other night when a “very close family member” called me, asking for a ride home after he was arrested for driving under the influence. He was heading home after a night out with friends and was “pulled over” by the police.

He is normally a responsible, level-headed individual who has both Uber and Lyft apps on his phone. He could have easily accessed either app, if he knew he would be in a situation where he might have a few drinks and had to get home. He had never had this experience before, so I wondered why this happened.

It turns out he had put himself on a very strenuous workout regimen and crash diet to lose some weight he gained after a sports injury. When he knew he had to go out with friends, he usually skipped dinner and sometimes lunch. He then drank alcohol thinking he could afford the calories from it, since he was consuming so few of them from food and was exercising so much.

Of course, drinking on an empty stomach is never a good idea and even less so when your body needs to recuperate after exercise. This risky combination resulted in him “miscalculating” how much he was drinking and how it would affect him. And the result was a DUI.

He’s now following a program to lose weight in a healthy way and also address his drinking patterns. I am glad to say he is doing well on both.

As someone who has dedicated my life to helping people get and stay healthy, I decided to see if what happened to my “very close family member” is happening to other college students and, if so, how common the combination of drinking and extreme dieting is.

What I found out is alarming and something every parent with a child in college needs to know.

It’s More Common Than You Think.

I learned that what happened to my family member is now commonplace on campuses around the country. So common, in fact, that it has a slang name – drunkorexia – and more than 80 percent of college students, both male and female, who binge drink report doing it.

The term drunkorexia pretty much means exactly what it sounds like: being drunk and anorexic at the same time. If you “Google” drunkorexia, the option to look up “drunkorexia tips” will auto populate in the search box.

While not a medical term, it refers to combining alcohol consumption with extreme and risky diet-related behaviors such as limiting food intake (including skipping meals), excessive exercising or, in more extreme cases, binging and purging (which is a behavior of bulimia). This behavior may also involve taking laxatives and diuretics.

The idea behind drunkorexia is to limit the number of calories from food, so that you can drink more without gaining weight. Some students also report doing it, since drinking on an empty stomach gets them drunk faster and for less money.

A study by the University of Missouri found that 30% of female college students admitted that within the last year they had restricted food, in order to consume greater quantities of alcohol. The same study found that men are more likely to engage in similar behavior, in order to save money for purchasing alcohol. According to the study, 67% of students who restrict calories prior to alcoholic beverage consumption do so to prevent weight gain, while 21% did so to facilitate alcohol intoxication.

No matter the reason(s) for engaging in this behavior, it is very risky socially, psychologically and physically.

While some students may exhibit drunkorexia on an ad hoc or binge basis, others plan their dieting and exercise around their drinking events to try and maximize the perceived benefits.

In one report a student said, “Me getting drunk faster from starving myself, that was just a bonus point."

Another told researchers, “Nobody told me about [drunkorexia]. I just, like, figured it out. I got it down to a science. If it's greasy food, it'll soak up. You can drink so much if you eat cheeseburgers.”

Of course, a diet of fasting and cheeseburgers is risky enough without the addition of large quantities of alcohol to the mix.

The jury is still out on whether drunkorexia is more of an eating disorder or more of an alcohol abuse issue. I personally think it is both.

One thing that researchers seem to agree on, however, is that students who engage in drunkorexia are seldom, if ever, anorexic. This is because any student battling this eating disorder would tend to avoid alcohol completely due to its high caloric content.

No matter the motivation behind it – to save calories, get drunk faster or a combination of both – drunkorexia creates both short-term and long-term risks to students. These include:

How Can You Be Proactive About Drunkorexia?

Since the vast majority of college students live on-campus, as a parent it may be difficult to readily spot the warning signs of drunkorexia in your child. But things you can watch for (either alone or in combination) include the following:

Drunkorexia is not yet a medically diagnosed condition, and there is no specific treatment for it. However since it is a combination of two different disorders, any type of intervention or treatment will need to address both. If your child shares that he or she is concerned they may be suffering from drunkorexia, there are ways to help them:

College has always been and always should be a time for self-discovery, exploration and learning about oneself and the world. It also involves experimenting and learning limits. The secret is doing so in moderation. With a little common sense and education, your child will be able to recognize that drunkorexia goes over the limit.

And by the way, that “very close family member” has agreed to relay his experiences with losing weight and drinking after he has completed his program. That is the price he had to pay for depriving me of much needed sleep. Stay tuned!