Are You an “Intactivist” When it Comes to Circumcision? 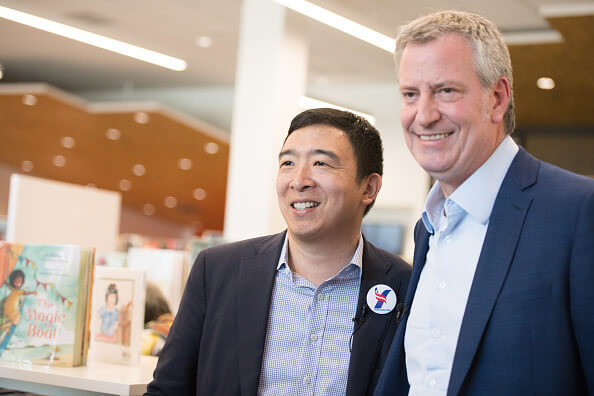 Andrew Yang (D) is a national political candidate who recently made headlines when he stated his opposition to infant circumcision and his desire to incorporate this stance into public policy. Siding with “intactivists,” (those who are publicly opposed to circumcision), he went so far as to say that “history will prove them even more correct.” (Infant circumcision refers to surgical removal of an infant’s foreskin).

The presidential hopeful does not want to ban the practice, which has been around for thousands of years. (The first documented circumcision was found in an Egyptian tomb that dates back to around 2400 B.C.). However, Yang believes that parents need to have all the facts before making the decision to circumcise their newborn sons and that this decision should be theirs and theirs alone. This belief that the decision to circumcise should be left up to parents is shared by the American Academy of Pediatrics and other medical groups.

Today, circumcision is one of the most common surgical procedures in the world. It was not very common in the U.S. until the turn of the 20th century, and today between 70 percent and 80 percent of adult men in the United States are circumcised. Globally, that number is around 33 percent.

There are various reasons why parents may choose to have their sons circumcised at birth (and even why some men decide to undergo the procedure as adults). Some of these, as in the case of Jewish and Muslim parents, are for religious reasons. For others, they may want their sons to “fit in” or “to not look different from other boys.” And for many others, they approve it without much thought because their doctor recommended it or because they don’t know, given how routine the operation has become.

Despite some of inflammatory rhetoric used by the “intactivists,” the reality is there may be personal and public health benefits of circumcision. These potential benefits are so compelling that the American Academy of Pediatrics has endorsed the procedure, indicating that the potential benefits outweigh any risks. It also is recommended by the US Centers for Disease Control and Prevention.

On an individual health level, circumcision has been shown to reduce the risk of urinary tract infections (UTIs) in infants. Research and empirical data show that in the U.S., there is a ten-fold increased risk of UTIs during the first six months of an infant’s life if they are uncircumcised. And, once he reaches adolescence, an uncircumcised teen has the risk of infection under the foreskin as well as problems with the foreskin itself. There is also some evidence that circumcision may reduce the risk of penile cancer. In addition, cervical cancer is less common in the female sexual partners of circumcised men.

For their part, intactivists counter that UTIs are quite rare and readily treatable, and that young boys can be taught penile hygiene to minimize any infection risk.

From a public health perspective, it has been shown that circumcision can reduce the risk of sexually transmitted diseases in men. For example, there is evidence that being circumcised reduces the risk of genital herpes and certain strains of the HPV (human papillomavirus) by 30 percent or more.

The procedure can also help stem the spread of HIV through heterosexual sexual contact. Circumcision can reduce a man’s risk of contracting HIV from a female partner by up to 60 percent. This risk reduction is especially important in areas of the world where circumcision may not be as widely practiced and where HIV is transmitted primarily through heterosexual sex. In these parts of the world, some health care practitioners are reporting an increase in parents seeking circumcision (for the benefit of reduced risk of STI and HIV infection.)

Circumcision Does Carry Some Risks

Since circumcision is a surgical procedure, it, as does any type of surgery, carry some risks.  The most common are infection, bleeding or scarring. Others include irritation of the glans (the head of the penis), inflammation of the opening of the penis and possible injury to the penis itself. It’s worth noting that circumcision might not be advisable if blood-clotting disorders are present.

The surgery could also result in problems with the foreskin, such as too much or too little foreskin being removed. Another possible complication is the remaining foreskin reattaching to the end of the penis, which would require surgical intervention. Or, the foreskin may not heal properly.

But complications are rare, occurring in fewer than three percent of infant circumcisions. The risks increase for older males undergoing the procedure, with complication rates increasing from around 0.5 percent for newborns to 9 percent for children ages one through nine.

There is also the debate as to whether circumcision can impact sexual function and sexual pleasure (for both partners). That debate can pretty much be put to rest, since data show that there is really no difference in terms of subjective sensation for either partner.

While circumcision clearly offers a variety of health benefits for your baby boy, deciding whether to do so or not is a very personal decision that should be made after you consider all the facts. But independent of whichever decision you make, it is important that you ensure that your baby starts his life as healthy as possible early as possible. A healthy baby is less likely to experience the risks associated with circumcision and will have a quicker recovery from the surgery. A healthy baby may also be less likely to have infections if the decision is made not to circumcise.

One important thing you can do to ensure you have a healthy baby is to make sure you are eating the healthiest diet possible – one that is rich in plant-based foods that you prepare at home. The benefits of the latter are that you not only can better control portions but also that you will know exactly what you – and your unborn baby – are eating. Some things to be sure to include are:

As with everything else that has to do with you and your family’s health, be proactive when it comes to deciding whether or not to circumcise your newborn son. Unless you are having your son circumcised for religious or cultural reasons, learn all you can, weigh the benefits and risks and then make the most informed decision possible.