Expecting Dads. Here’s How to Pass Good Health to Your Baby 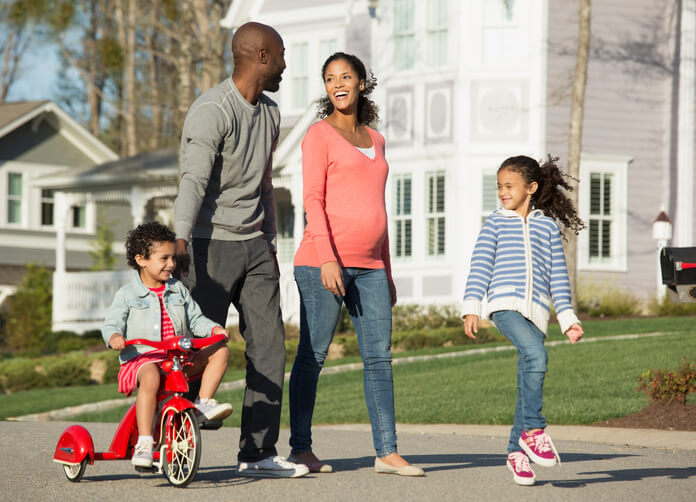 For a long time, many people believed that a mother’s health and lifestyle choices were the only things that affected the health of an unborn child. The thinking went, whatever the mother eats, the unborn baby eats; and whatever the mother did that could harm her health, such as smoking or drinking alcohol, could also harm her unborn child. So, if mom followed a healthy diet and lifestyle, got enough rest and took care of herself, she would likely have a healthy child.

This thinking left the father off the hook and free to continue whatever unhealthy habits he may have had before conception, during the pregnancy and even after his baby was born. He wasn’t carrying the unborn child, so how could his health or lifestyle be all that important?

Well, it turns out that the answer to that question is “very important.” In fact, a father’s health status and lifestyle choices before and at the time of conception, and throughout the pregnancy itself, can have an impact on conception, on the course of the pregnancy and on his child’s long-term health. It has been suggested that because of the potential influence his health decisions may have – both positive and negative – on the genetic material transmitted through his sperm, his health may have an impact on even his grandchildren, great grandchildren and generations beyond. Health issues that can be passed may include birth defects, autism, obesity, mental illness and other problems.

There is some evidence that if dad’s diet is lacking in protein and other key nutrients at the time of conception, there may be an increased chance that his children will be born with a propensity to become overweight, show symptoms of type 2 diabetes and have a reduced ability to regulate fat metabolism. In one particular study, which was admittedly done with lab animals, specimens fed a low-protein diet produced sperm and seminal fluid (which transports sperm to the egg) of poorer quality than that produced by healthier male animals with better diets.

There is also some evidence that vitamin B9, also known as folate, is just as important for dad as it is for mom before and during pregnancy. It has been known for a while that a deficiency of this vital nutrient during a woman's pregnancy can result in birth defects, especially problems with a baby’s brain and spinal cord. But there are now reports declaring that fathers who don’t have enough vitamin B9 at the time of conception could also cause birth defects and make their children more prone to chronic diseases such as cancer and diabetes. Folate is naturally found in certain foods including leafy greens, okra, asparagus, bananas, sunflower seeds, Brussels sprouts, black beans, chayote, yeast, mushrooms, orange juice and tomato juice. Additional sources of folate can be found here. Something to be aware of is beef liver is high in folate, but other meats, poultry and seafood, are not that high in folate.

While it is common knowledge that being overweight carries a wide variety of health risks, a dad’s obesity at the time of conception may also negatively impact the health of his unborn child. Obese men are more likely than ideal-weight men to father children who have a higher risk of becoming obese themselves. These children also run a higher risk of having an abnormal metabolism as well as certain cancers.

If that were not enough, being overweight can also impact the quality of a man’s sperm, which can make it harder to conceive. The National Institutes of Health (NIH) reported that there “is emerging evidence that male obesity negatively impacts fertility through changes to hormone levels, as well as direct changes to sperm function and sperm molecular composition.” And if a pregnancy does occur, being an obese dad can also result in the unborn child being developmentally delayed.

This should be obvious by now, but smoking is bad for anyone’s health – including the mother, father and the unborn baby.

How much of an impact can the father’s smoking have on his developing child before and after birth?

It turns out, a lot. There is even some evidence that there is about a 30 percent increase in the rate of childhood cancers when dads smoke prior to conception. These include higher rates of leukemia, lymphoma and brain tumors. To make matters worse, data indicate that the more cigarettes dad smokes in a day or the longer he has smoked, the higher the risk for his child. And the second-hand smoke that his partner is exposed to during the pregnancy is associated with a higher risk of congenital heart defects. Last, but not least, smoking has been shown to alter the DNA in sperm, which means that a father’s smoking could impact not only his children, but their children as well.

Current indications are that upwards of three-quarters of babies born with fetal alcohol syndrome are reported to have fathers with alcohol use and abuse problems. This is an important piece of information since this syndrome has traditionally been associated with a mother’s drinking. Now it looks like dad’s imbibing has an impact as well.

Other potential health damage a dad’s drinking prior to conception could cause include lower birth weight, increased risk of birth defects, impaired cognitive function and possible behavioral problems as the child matures. It should be noted that there is an ongoing debate about exactly how much a father’s drinking impacts the unborn child, but if you’re thinking of having a child, it is worth keeping this in mind. To learn how much is too much, read here.

Another risk factor to consider is occupational exposure to chemicals and other toxins that could impact conception, development of the fetus and the ongoing health of the baby after he or she is born. A study of almost 10,000 children with birth defects showed that fathers exposed to solvents and chemicals had higher rates of birth defects among their children. While it may be difficult to completely avoid workplace and environmental toxins, if you are a man hoping to start a family, this is something that you should try to address.

Much of the data correlating age with birth defects and illness in offspring is still being analyzed. If you’re over 40 and considering starting a family, you should talk to your doctor beforehand. He or she may recommend testing, including genetic testing, to help you make the best decisions about protecting the health of your future child.

The first thing to keep in mind is that an increased risk of any type of disease or birth defect does not mean that it will happen. But knowing that there are risks means you can take steps to reduce the chances. Many of these steps are common sense, but they are worth repeating:

By taking the same steps as mom to conceive and give birth to a healthy baby, a father-to-be can do a lot to help ensure the future health of his unborn children. Your children and grandchildren will thank you. Let’s make good health, not just good looks, run in the family!