Why You Should Take This Information About Energy Drinks to Heart...Literally! 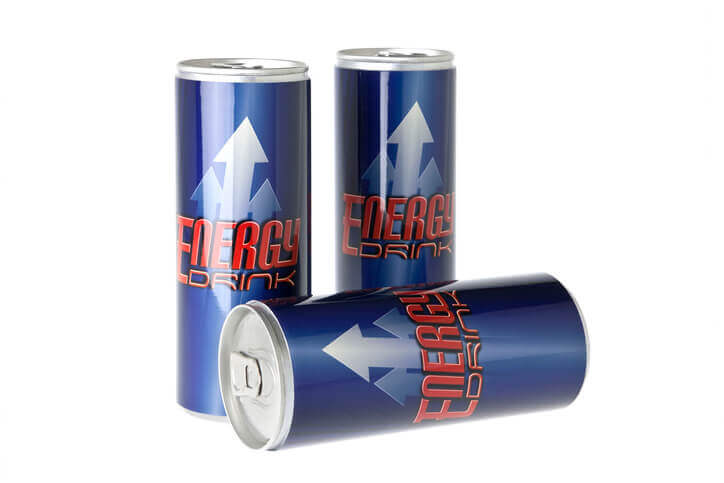 Lately it seems as though I’ve been talking a lot about heart attacks and other cardiac issues. Unfortunately, it’s a pretty prominent subject these days. Heart disease is the leading cause of death in both American men and women, and it’s not just older people who battle this sometimes ‘silent killer.’

Usually, the culprits behind why people suffer from cardiovascular issues are diet, lifestyle and genetics. But one culprit that may not be on your radar is the consumption of caffeine, particularly with energy drinks.

We’ve previously talked about the potential dangers of drinking energy drinks such as Red Bull and Monster. Young people tend to drink them excessively and in short periods of time.

In 2017, a 16-year-old boy in South Carolina reportedly died of a “caffeine-induced cardiac event causing a probable arrhythmia [improper beating of the heart].”

And in another tragic story, a 14-year-old girl died from going into cardiac arrest after consuming two, 24-ounce Monster Beverage Corps. drinks within a 24-hour period.

“An autopsy found that Fournier died of cardiac arrhythmia due to caffeine toxicity that impeded her heart's ability to pump blood,” according to one news report. (This incident occurred in 2011).

“The main toxicity caused by caffeine is due to the increase in intracellular calcium concentration, which leads to a catecholamine surge that sensitizes dopamine receptors resulting in supraventricular or ventricular arrhythmias and death,” reports the National Institutes of Health (NIH).

And now just recently, a 33-year-old mother named Samantha Sharpe warned others about the risks of consuming energy drinks, after she had to be fitted for a pacemaker at just 32-years-old.

(A pacemaker is essentially a battery (usually implanted under the skin, just under the collarbone) that electrically stimulates the heart so that it will beat more regularly. You can read more about exactly what a pacemaker is and how it may affect one’s life, here).

According to a report, Sharpe said at one point she was drinking six cans of energy drinks per day. Most healthy adults can consume up to 400 milligrams of caffeine per day. This is equivalent to four cups of brewed coffee, 10 cans of soda or two energy drinks (in general).

So it appears that Sharpe was consuming around 1,200 milligrams of caffeine on a daily basis!

(To get an idea of which energy drinks contain the most caffeine, click here).

In my opinion, even though 400 milligrams of caffeine may be safe for most healthy adults, this may still be way too much caffeine to consume in one day. If you have to drink four cups of coffee to get through the day, you may want to identify the underlying cause for your fatigue. And if you’re a slow caffeine metabolizer like me, you may experience heart palpitations, increased blood pressure or anxiety after drinking one too many caffeinated beverages. You may even be at a greater risk for a caffeine induced heart attack.

Sharpe said she eventually began suffering from blackouts, rapid heart beats and heart palpitations. She went to her doctor who determined she had a blockage in her heart. She was also suffering from kidney stones.

(In an incident a few years ago, a 26-year-old man had a heart attack which was linked to his daily multiple energy drink habit. “It's possible that the man's excessive energy drink intake caused a blood clot to form that partially blocked a blood vessel near his heart, leading to the heart attack, according to the case report,” (Live Science)).

Sharpe’s doctor cannot definitively say that her heart issues were 100 percent the result of her energy drink habit, but Sharpe said she has not had any issues since she stopped consuming energy drinks.

If you regularly consume a lot of energy drinks and have not had any issues, know that the height of Sharpe’s energy drink consumption took place in 2014 and that she was not fitted for the pacemaker until 2018. Ultimately, it just appears that her body could not handle the amount of caffeine she was ingesting.

It is also important to note that most energy drinks are full of sugar and other additives that may not be good for your health. Sharpe’s doctor expressed concerned that she would also develop diabetes, another common health issue among many Americans, if she did not quit the energy drinks.

Coffee (in moderation) may be a much better caffeinated beverage option and may have some potential health benefits. And if you can, make the switch to green tea which is full of polyphenols and antioxidants that may help prevent inflammation in the body, a major contributor to several types of disease including heart disease.

And as mentioned, if you are consuming more than one energy drink per day, you need to consider changing your lifestyle habits. For example, you may not be getting what you need nutritionally which is why you could be feeling so tired all of the time. It’s not because you need more caffeine!

You can be proactive about your fatigue issues by taking a comprehensive nutrient test to determine if you have any nutrient imbalances (as in too much or too little of a certain nutrient). Having certain nutrient deficiencies and imbalances can make you feel more tired.

For example, imbalances in the following nutrients may cause fatigue:

If you have nutritional imbalances, a competent healthcare professional can help you make the necessary dietary changes and may even recommend you implement supplementation into your proactive healthcare routine.

It is also possible to manage stress and fatigue levels through activities such as exercise and meditation. Getting good quality sleep is also imperative.

I’m not a caffeine drinker now, however, I have consumed caffeine in the past and can tell you that the energy I get from pH IV Vitamin Drips does not compare to a caffeine surge. I utilize these vitamin therapy ‘cocktails’ monthly to address my inevitable nutrient absorption issues. They provide hydration and vitamins directly into the bloodstream to help boost my nutritional status and help with energy levels. I believe this has successfully boosted my immunity, energy and good health. Also check out our nutrient injections and pushes.

What are your thoughts on energy drinks? Do you consume them? Please join the conversation.