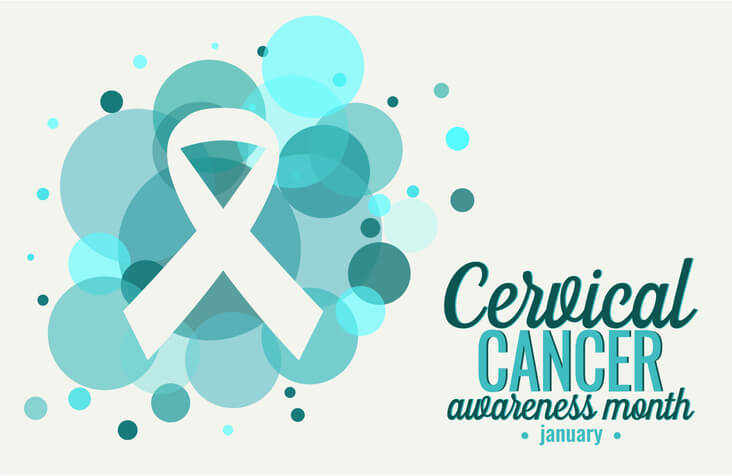 Many of you, like myself, may not have known that powerhouse sportscaster and Dancing With the Stars contestant Erin Andrews is a survivor of cervical cancer. Reportedly, Andrews was diagnosed back in 2016 and chose to keep this information private at the time. Despite such a scary diagnosis and doctors telling her to take it easy, she continued to work, never missing a football game.

Luckily, her cancer was caught early during a routine gynecological exam.

"I was going to the doctor to get checked every single year. I don’t know if that's something I learned from my mom—she was really good about getting us kids into the dentist and the doctor—but I’m not one that misses an appointment to the gyno. It’s just something that I do every single year,” Andrews said, in this interview from 2018.

“I didn't know anything about cervical cancer before my diagnosis, but now I know that every two hours, a woman dies of cervical cancer. So I would encourage women that they need to get to the doctor. Why? Because it's treatable and it's preventable."

And after undergoing two surgeries, Andrews is now able to say that she is cancer free.

While there has been a dramatic decrease in recent years in the number of women in the United States diagnosed with cervical cancer, the American Cancer Society still estimates that over 13,000 women in this country will learn this year that they have invasive cervical cancer.

Of these, approximately one-third will succumb to the disease. What makes these numbers even more tragic is that the majority of women diagnosed with cervical cancer probably did not know, or learned too late, that cervical cancer is preventable (as Andrews mentioned).

In fact, according to the Centers for Disease Control and Prevention, some 93 percent of cervical cancers could be prevented by screening and HPV (human papillomavirus) vaccination.

(HPV has also been linked to prostate cancer).

Just in case you’re not very familiar with cervical cancer, it, as do other cancers, develops when cells (in this case in the uterine cervix, which connects the uterus to the vagina) grow out of control.

Prevention is critical when it comes to cervical cancer since, in its early stages, it is usually asymptomatic, which means that your body would not give you any indication that you have it.  Unfortunately, a recent study indicated that some 8 million U.S. women ages 21 to 65 reported not having any cervical cancer screening over the past five years. These women are putting themselves at an unnecessary health risk by not doing so since, when found early, many cervical cancers can be cured. If allowed to develop, however, they become increasingly harder to successfully treat.

Since almost all cervical cancers are caused by HPV, the first step to protecting yourself from possibly developing cervical cancer is to get vaccinated against the strains of HPV that have been linked to cervical cancer (different strains can cause other sexually transmitted infections (STIs) such as genital warts).

Out of the some 200 currently identified HPVs, more than 40 HPV types can be easily spread through direct sexual contact, according to the National Cancer Institute. Within the sexually transmitted HPV types, there are low-risk HPVs and high-risk HPVs. There are about a dozen identified high-risk HPV types and two of the them, types 16 and 18, can be connected to most cancers caused by HPV, including cervical cancer.

(According to the CDC, “Condom use may reduce the risk for genital human papillomavirus (HPV) infection and HPV-associated diseases, e.g., genital warts and cervical cancer,” but HPV can affect areas that are not covered by a condom. This is why preventative measures are so important).

Since some strains of HPV are readily transmitted even without sexual activity or contact, the CDC recommends that children, both boys and girls, get vaccinated against HPV between the ages of 11 and 12. This is because research has shown that the vaccine is more effective when given before a child reaches his or her teen years. Because of this, only two doses of the vaccine are needed until 14 years of age; for individuals who are between 15 and 45 years old, three doses are required.

Talk with your doctor about HPV vaccination and about the most appropriate schedule for protecting your children, yourself and other family members against HPV. The sooner you talk with your health practitioner the better, since the vaccine will not protect against cervical cancer among those already infected with HPV. To give you an idea of how common HPV is, estimates are that around 79 million Americans, mostly in their late teens and early 20s (according to the CDC), currently have the virus and many don’t even know it.

The other half of the one-two punch against cervical cancer is testing. The first important test is the Pap smear screening that looks for cancerous and precancerous cells in the cervix. In this test, your doctor or healthcare practitioner takes a sample of cells from your cervix for laboratory analysis and testing. Since there is some difference of opinion on how often a woman should get a Pap smear depending on her age and other factors, you should talk with your doctor to determine how often you should get one.

If you have never had the HPV vaccine, talk with your doctor or another competent healthcare professional about being tested for HPV. And you should still get tested even if you have had the vaccine (getting a vaccine does not mean that you are 100 percent guaranteed to not contract the virus). This test can either be done alone or at the same time you have your regular Pap test. Also check with your insurance company to see if these tests and the HPV vaccine are covered (many insurance companies include them as part of preventative care with no copay).

Other Proactive Steps You Can Take

In addition to the HPV vaccine and Pap smear/HPV testing, there are other things that you can do to reduce your risk of developing cervical cancer. The first is knowing the risk factors for cervical cancer and taking steps to eliminate or reduce them:

Another controllable risk factor is poor diet. Current research indicates that women who don’t eat enough fruits and vegetables may be at an increased risk for cervical cancer. This may be more important than you think if you consider that the National Institutes of Health (NIH) reports that 30-40 percent of all cancers can be prevented by lifestyle and dietary measures alone.

For cancer prevention, it is important to get a daily adequate intake of vitamins, minerals and antioxidants, which help reduce the damage from oxidative stress. You should also avoid processed and especially ultra-processed foods since the latter has been associated with a 12 percent increase in the risk for overall cancer.

Other nutrients important for reducing your risk of cervical cancer are folic acid and other B vitamins, which can be found in abundance in leafy green vegetables, salmon, eggs and milk.

Finally, schedule routine nutrient tests in order to identify any nutrient imbalances or deficiencies you may have. Maintaining nutritional balance may reduce the likelihood of cancer and other diseases. If the test reveals you have too much or too little of a certain nutrient, a competent healthcare professional can work with you on making the necessary dietary changes and recommend quality supplements if necessary.